A study conducted by researchers at the University has found that there exists a massive gulf between different peoples’ perceptions of the same things; of ‘similarity’.

The study, led by Dr. Zachary Estes of the Psychology Department, asked participants in a series of experiments to consider what qualities make two things seem similar.

The results showed a radical 50/50 split between those who judged the similarity of things based on physical resemblance and those who went for theme-based relations. For example, whilst some associated a bee with a butterfly, others thought that a bee was more closely related to honey.

In order to remove any semantic influence, a second experiment was carried out, this time replacing the word ‘similar’ with ‘like’. Researchers found however that 31 percent of people still chose a physical similarity against 57 percent, who chose a theme-based relation.

However, still further experiments conducted with a third group revealed that despite been given longer to make their ‘similarity’ judgements, people still chose theme-based resemblances. The split within the group was rather marked at roughly half-and-half, despite everyone being given more time overall when compared to other experiment groups.

Dr. Estes highlighted the importance of the research; “Similarity underlies many of our behaviours, such as where we look for biscuits in the supermarket – next to the cakes or along with the tea? And what social groups we belong to – similar people or similar interests?”

It is thought that the research could have many potential applications, such as being used by web-based advertising companies like Google AdWords.

No doubt many advertisers will probably rethink their marketing campaigns. They might, for example, have selected words with only physical associations to their product; thereby ignoring the large proportion of people who make thematic connections.

With the credit crunch chewing us all up, the very thought that one might be unintentionally neglecting up to half of ones potential audience, ought to make any self-respecting Marketing Manager sit up and take notice. 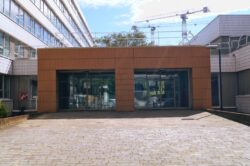