Last week, Baroness Morgan, the Government Minister for Students made an appearance at the Students’ Union at an event hosted by the Warwick Labour Party.

The event which some sources within Warwick Labour criticised as being ‘hijacked’ by the National Union of Students (NUS) saw the Baroness speak on a range of issues focused around Climate Change and students ability to affect change.

The Minister began by laying out her record in helping the Climate Change Bill pass the House of Lords crediting it as an ‘amazing example of what Government can do’.

Baroness Morgan was clear that she wasn’t adverse to ‘stealing ideas that re-using them’ on any issue. The Baroness said that she firmly believed in the ‘power of persuasion’ and that there was a clear role for the voluntary sector in helping to tackle Climate Change.

Baroness Morgan also praised the Prime Minister’s decision to ask the Climate Change Committee to investigate whether an 80% reduction in carbon emissions could be achieved by 2050.

She further outlined a tough line that was to be taken by the Government that some universities that didn’t have a clear plan for Climate Change would see their funding cut. However she added that most universities had ‘responded positively’ to

the changes that the Government had advocated. Linking the problem of Climate Change to the wider world, Baroness Morgan stated that buying carbon credits from poorer countries or ‘buying our way out of sin’ was an area of ‘continuing debate’.

The Baroness further took the time after her short talk to answer questions from students who had gathered to hear what she had to say. One of the big issues to come out was that of the absence of the aviation industry from the Climate Change Bill.

The Baroness defended the Government by saying the reason behind the lack of action on aviation emissions within the Climate Change Bill was due to the need for a ‘European wide’ strategy, she criticised the Conservative Party by saying by contrast that their stance on Europe was ‘unclear’. However the Minister did admit that there was ‘difficulty in understanding which carbon levels…we are responsible for’.

The Minister for Students was also optimistic about the role of British Science and technology saying that funding had doubled in science and research and dismissed claims by one student that funding was horrendously low’. The Baroness also deflected criticism that the Government was making it’s targets harder to achieve by building coal power stations by highlighting increased technological advancement on carbon capture in places such as China and India.

Baroness Morgan was also clear that we have to show the world how to change by ‘doing it ourselves’, stating that the Climate Change Bill was an ‘extremely ambitious idea’ and that it was a ‘real challenge’ to tackle Climate Change.

She even hinted that in the race for new technology that it was possible that technological research into Climate Change could become a new Space Race across the globe. The Minister ended by saying that ‘we can be big and bold’ when it comes to Climate Change.

The Minister was asked by the Boar whether the Labour Party proposals on Climate Change with a strong role for the voluntary sector were similar to ‘social responsibility’ as outlined by Conservative Party Leader, David Cameron. However, she was unable to comment.

Baroness Morgan is officially Parliamentary Under Secretary of State for Intellectual Property and Quality, and is responsible for The Student Loans Company and the student loan debt sale. 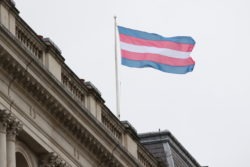