Tom Aggar was a physically active student all throughout secondary school and also during his time at Warwick; he read Biological Studies here and was a member of the rugby team.

His life took an unexpected turn however, when in his senior year in 2005, he was left paralysed following an accident. Tom had fallen eight feet onto a concrete path and had suffered a severe spinal injury.

Wanting to remain physically active despite his accident, Tom took up ‘disability rowing’ as part of his rehabilitation process. He first took part in a rowing competition in 2006 – the National Indoor Championship in which he competed by means of a special rowing machine. His great success however came on water at the 2007 World Rowing Championship in Munich. There Tom set the new world record, winning gold in the men’s ‘arms-only’ single scull event.

After a long period of intense training, on September 11th 2008 at the Beijing Paralympics, Tom was able to really prove his dedication.

The path to gold wasn’t smoothly paved, Aggar told BBC Sport: “It was a difficult race out there, both with the competition I was up against and the conditions I was racing in.” However, the prize at the end of it all was well worth the effort: “Towards the end of the race, I could feel my lungs burning and I was struggling to get air in but I kept battling away and it was an incredible feeling to win – indescribable and it was great for the sport” he added.

The former Warwick student is now looking forward to yet another challenge, this time in his home country – the 2012 London Olympics: “The attraction of competing on home soil in front of a home crowd would be amazing and I’m already looking forward to that” he told the BBC. 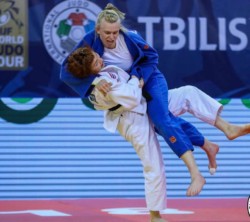