New Kid on the Block

Stuart Thomson – or ‘Tommo’ as he’s known to almost everyone – is a very affable chap. Within minutes of an e-mail request for an interview he’s responded suggesting times. He patiently puts up with the inadequacies of my phone with a chuckle and seems full of enthusiasm for the year ahead.

But who is the man who now holds the reins of our union? Tommo initially studied Politics and International Studies, headed the bulky Warwick Snow society and worked part-time for the union in the entertainment and marketing department; he also, I find out, once spent a summer tour-guiding in Berlin. This time inspired a belief in the point of a union, but also a deep seated desire to change the way in which things were run. A quick scan of Facebook reveals that he’s visited 16% of the world and that his political views are Liberal. His campaign video gave us a spirited mix of Britney Spears, nut-cracking and The Rakes. It’s a must see.

Tommo rejects the notion of unions being led from the top, criticising previous presidents for ‘ramming their own message’ down people’s throats. Instead, he suggests, the union should be there to ‘listen’ and to ‘facilitate.’ ‘If someone wants to do something, to start a project, we are there to help them get it off the ground,’ he enthuses. His time working for the marketing department taught him, he tells me, that many things needed to be changed.

But what exactly? Change is an elastic word, bandied around by McCain, Cameron, Brown and Obama alike, a very easy tag-word for anyone wanting to appear progressive. ‘We want to make things easier for students,’ he retorts, ‘communication and management,’ he asserts, ‘could be a lot bewtter.’ They’ve just finished re-branding, he boasts, and the new website will be up and running as you read this. Further, Tommo asserts, the ‘union is too bureaucratic; we want to help people with admin.’

At a practical level, Tommo’s campaign video claims that he will introduce a better e-mail system for students, smoother integration of post-graduate students and, bizarrely, better TV’s in union bars.

This is a big year for the union; only the utterly oblivious could have failed to notice that campus is currently little more than an extended building site. The cynical among us might suggest that the union is basically being replaced by a tent on Tocil field. ‘It’s not ideal,’ Tommo concedes, but the union is working hard on ensuring that things run as smoothly as possible. ‘The union will remain 90% open,’ Tommo asserts, ‘Cholo has been redecorated as now hosts the popular ‘Graduate’ bar and the area between the pharmacy and the cash points has been turned into a 600-capacity club. The ‘structure’ on Tocil field will host larger events such as the headliners of the freshers’ festival: this year it‘ll be fronted by the Hoosiers. Most important, Tommo says, is that the re-development is on track: ‘the first phase is due to be completed by the beginning of term three.’

Crucially, mid 2009 the government will begin a review of the current system of tuition fees. Cynics suggest that this is simply an opportunity for the government and indeed many Russell Group universities (David Vandelinde, Vice Chancellor at the time they were introduced, was a prominent exponent of huge American-style fees.) This is something previous presidents have been fairly vocal on – with Brian Duggan (president two years ago) memorably taking busloads of students down to London for the demos and last year‘s president Joe Kirby concentrating most of his efforts on a campaign to reduce the astronomical fees paid by international students. And Warwick, as a high-profile member of the Aldwych Group (the student answer to the controversial Russell Group of universities) plays a key role in defining the student response. What are Tommo’s feelings on the matter?

Here, he hesitates for a second. ‘I’m not against fees as such; I think most students accept that they must at least pay something towards the cost of their education.’ He hasn’t made up his mind on the matter as of yet, preferring to wait and see and advocating, ‘as thorough and comprehensive a review as is possible.’

But Tommo isn’t blind to the financial problems some students face – especially, as the media are fond of ramming down our throats – as the fall-out of the credit crunch is beginning to be felt. The university, Tommo tells me, has a vast amount of money in bursaries which fails to be claimed each year, around £750, 000. One of his main goals in the coming year, he assures me, will be to ensure that this money is properly advertised.

Does Tommo have any particular political allegiances I wonder? ‘Well, I used to be a strong supporter of a political party but they seem to have lost tack of late.’ ‘Where do you stand at the moment then,’ I press him: ‘in the wilderness,’ he replies. Earlier in the week (I learn via Facebook), Tommo had attended a meeting with the cabinet – he left distinctly unimpressed, he tells me. Further, the union deals with 7,000 financial queries each year and is always at hand for those experiencing financial difficulties.

Occassionally, Tommo’s rhetoric, though refreshing can seem a bit wishy-washy. That said, he comes across as open-minded and supportive, two key pre-requisites of any president. Freshers should, ‘come along and find out what we’re all about, ‘ and I’d suggest they do just that. His door, he tells me, ‘is always open.’

Shotgun wedded: why America is continuing to lose its battle with gun violence 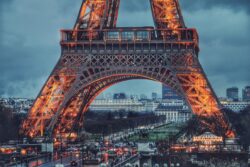