While perusing the warm recesses of Waterstone’s this week, I encountered a haughty inside book flap which informed me,

“We don’t want to tell you what happens in this book. It is a truly special story and we don’t want to spoil it”. With the car park ticket speedily running out, and a melting frescato frostbiting my palm, I took a risk on Chris Cleave’s The Other Hand. In hindsight, I realise that the publisher didn’t want to tell me what happened in the book, because he knew I would take it from its prominent stand in the ‘Exciting New Fiction’ section, and repatriate it amongst its brothers and sisters in the ‘Misery Lit’ section; the true-life weepings and wailings of abused children, wives, siblings and small canines.

Cleave’s novel darts between a violent unsung oil war in Nigeria, and a family in Surrey who are embroiled in the fate of a young Nigerian girl they encountered the previous summer. The major failing here is that the author grasps at the semiotics of a moving and tragic story, but falls short, returning to the easy stock characters of trashy novels- the high-flying women’s magazine editor; the stubborn politician; the African child (silent, submissive, saintly and despite her brutal life experiences, naïve) and the young toddler, talking in breathy, grammatically incorrect sentences. Cleave’s approach to the depiction of the son Charlie smacks heavily of Joyce Grenfell’s comedic chastising of nursery children, which jars with the solemn subject matter.

Another bone of contention for me was that the book was publicised as “extremely funny”. Perhaps a diet of longlife ramen noodles and broken central heating has left me cynical and tetchy, but I could not pinpoint one moment of outstanding humour in the entire book. Scenes of violence and sexual abuse, and tales of immigration and deportation, yes. Lines such as “My father and my uncle lived very happily in that place until the afternoon when the men came and shot them”, perhaps. But jokes, asides, one-liners? The lack of any apparent humour is simply baffling.

However, I concede that The Other Hand boasts moments of pure poetic beauty. Cleave’s tendency to veer off into anecdotal ramblings pays off sporadically in candid and moving monologues. Of a squabble with her sister over what to listen to on the radio, Little Bee tells us, “Nkiruka loved music and now I saw that she was right because life is extremely short and you cannot dance to current affairs”. Little Bee relates her fight to retain her individuality in the greyness of the detention centre; “to remind myself I was alive underneath everything: under my steel toecaps I wore bright red nail varnish”. These snippets reveal the author’s potential; a fresh and philosophical approach to a desolate situation; a style of writing which blows your mind with the simplest turn of phrase- but Cleave unfortunately does not have the tenacity to uphold this motivation from the first syllable to the final paragraph.

Cleave recalls a student job as a canteen worker in an immigration detention centre as the motivation for his book, relating the sadness, the hope and the defiance he encountered amongst the immigrants. Cleave hopes to have written an “uplifting, thrilling, universal human story, and I just worked to keep it simple”. Yet in the pursuit of simplicity, the whole saga feels dumbed-down. Too much focus is placed on an irrelevant, tawdry, Sex and The City-style love affair, and although the African girl’s plight is truly gripping, the fabrication of the Western couple feels dry and one-dimensional. However, perhaps for this reason, it is a fast-paced read, which incited that same shameful delicious guilt as the ‘Misery-Lit’ littering our bookshelves at the moment. The Other Hand briefly provides a gripping bus-stop read, but definitely fails to live up to the hype of its book flap, which raised my expectations above and beyond what I received: this “truly special story” turned out to be yet another author evangelising blandly about lukewarm topical issues. 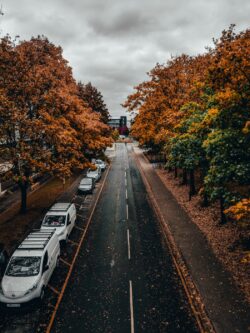 The wealth of writers who went to Warwick 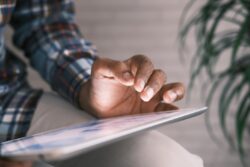 Tropes are inevitable, but there are some that should be avoided