Much is written and spoken about what a special festival Glastonbury is, but can we trust journalists who repeat this cliché in their articles? From my experience, most of them spend their festival cocooned in the press tent, desperately tapping out copy as deadlines loom. The same goes for the bands themselves; the majority of whom never venture outside their tour bus.

I was reminded of this during last month’s Beijing Olympics, when journalists whined that internet restriction in the press area would prevent impartial reporting.

Yet surely this attitude is the antithesis of journalism – a Mac and a wireless connection won’t let you dig beneath the PR image that the authorities have tried to cultivate.

Nevertheless bands and journalists come to their conclusions, they’re right: Glastonbury is one of a kind. The Boar visited the utterly tranquil Greenpeace field to find out more about what sets Glastonbury apart.

Greenpeace’s association with Glastonbury goes back twenty years, and each festival, Michael Eavis provides Greenpeace, WaterAid, Oxfam and smaller local charities with the financial resources and the space to spread their message.

This year the three big charities worked together on the ‘Leave No Trace’ campaign; Glastonbury is proud that its recycling rate (roughly 50-60%) rivals some towns in Sweden, but it wants to do more.

The Boar interviewed spokesman James Turner, who was excited by the prospect of the Kingsnorth court case in early September, a case Greenpeace went on to win by arguing they had a lawful excuse for the damage caused to a coal-fire chimney.

_Q: For a student reading this and considering a donation, where will his or her money be spent?_

A: “Well, obviously we’re a large organisation with offices all over the world, but their money would be going on UK campaigns. At the moment, this includes the third runway at Heathrow, getting big users of palm oil to stop sourcing it from Indonesian rainforests that have recently been deforested. We’re currently campaigning at the Kingsnorth power station in Kent. At the moment, there’s a proposal for the first coal-fired power station in the UK for over 30 years. So, climate, oceans, forest, nuclear are big campaigns right now, and we’re trying to get as much money as we can to fight these campaigns.”

_Q: How important is your relationship with Glastonbury?_

A: “Very. Not only for publicity, but as part of the identity of Greenpeace. It’s a very exciting music festival, there’s a lot of passion, a lot of soul here, and they are qualities we associate with Greenpeace. The financial support Glastonbury gives us is enormously important. As much of the money as possible goes not to building the field next year – we have a lot of kind donors who work for free: B&Q, Woodford did the skate ramp, and a hell of a lot of people round here are volunteers and are working for free. What we try and do is plough that money we get from Michael Eavis and Glastonbury festival back into our campaigns.”

_Q: What about your relationship with companies in the rest of the UK?_

A: We’re seeing all sorts of industries adopting an ecological selling point. It’s not just something they do to feel good about themselves, but it’s actually bringing more customers to them.

_Q: Do you not worry businesses are just exploiting this ecological trend for their own gain?_

A: In some cases, but we believe that the ones that will succeed will be those that have truly looked into it and understand it, and in some ways, reducing carbon… it doesn’t matter what it’s for, as long as you do it it’s a good thing. And I think businesses will realise that being more efficient and using less electricity is good for their bottom line. What we need is for the government to put in place things that punish wasteful businesses and huge carbon emitters like Kingsnorth, to make them essentially illegal. Once there’s a framework, then it’s up to businesses to sort themselves out.

_Q: What advice would you give to those students who want to get involved?_

A: “We always say that things like changing your light bulbs and turning your TV off is good, but the biggest thing you can do if you want to make an impact on climate change is get active. Write to your MP, go on a demo, do something creative, and obviously, join Greenpeace. We have an awful lot of active supporters who take part in our direct actions. Things like climbing up power station chimneys, even going out on boats to the South Pacific. They (volunteers) are all important to us.”

A: Hopefully, by 2009 we’ll have reduced emissions by 50% and we’ll all be able to go home. Unfortunately, the scientists have been telling us we’ve got 100 months in which emissions globally have to peak and fall dramatically, and at the moment that isn’t happening, and we are working to change that – we’re doing everything we can to prevent governments around the world from locking themselves into high-carbon projects like coal-fired power stations, massive airports, and huge amounts of runway extensions, as well as deforestation, which is one of the quickest and easiest ways of cutting carbon emissions globally. In 2009, we’ll be a thorn in the side of government, where we’ll need to be. But we’re also offering constructive solutions. We think we can plug the energy gap with alternative energy. 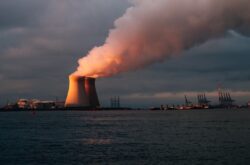 Could stopping summer holidays save the environment? 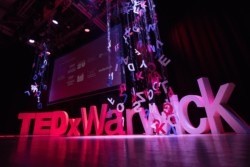