Smoking will not be banned in the Union for at least “a few years”.

The Union has decided not to implement the smoking ban passed in a student vote last term, despite having made significant amendments to the ban on financial grounds before it was put to a vote.

It is now extremely unlikely that a smoking ban will be in place before the government imposes a national ban, and questions still remain over whether the Union will choose to opt-out of such a ban as a private members club.

According to Union Finance Officer Andy Dyer, “We did do some very indepth calculations and work with all the staff here, and a complete smoking ban is just not workable. If we did do it,
it would have massive repercussions. What can I say, we tried.”

He added, “At the end of the day, we’re the trustees of the Union, and we’re responsible for this place continuing to exist. We’re liable for the next ten years for any decision we made as sabbaticals, so for us to say, ‘smoking ban, woohoo’ and then turn up in term three and say, ‘there aren’t as many people now, where did everyone go?’ is insane. Our commercial surplus
is what provides for all this, for Union North, and if we don’t have that surplus, what do we have?

“Maintaining the Union’s commercial surplus is more important to me than implementing a policy just because it’s passed in a referendum.”

Tim Retout, who campaigned for the smoking ban, commented, “The decision is understandable, as the Union executive is under severe financial pressure; I will be interested, however, to see the report in week three. I think our campaign was a success, as the Union is likely to face the choice in 2006 of whether or not to exempt itself from a national smoking ban, and this policy will hopefully ensure that we don’t.”

The Union has promised that a full financial report explaining its final decisions will be released in the next two weeks. In the interim, it claims to be “improving signage all the time,” as well as hiring “extra crowd safety with the specific remit to stop people smoking in nonsmoking areas”.

Retout added, “Changes in signage and staff are a positive step, but I hope the proposals go further when the Union releases them.”

Union President Kat Stark told the Boar, “It’s financially very difficult to ban smoking at the moment because we’d be the only people doing it. The Union won’t ignore this policy and won’t ignore the health concerns: there will be a smoking ban within the next few years, and when we begin work on our new building, it will be designed with these concerns in mind.”

Questions linger, however, over the Union’s handling of the campaign and the referendum in general.

The controversy has been fuelled by allegations of “scaremongering” on the part of the Union in amending the smoking ban to include extensive financial cuts allegedly intended to make such a ban financially viable. The threat of immediate cuts in opening hours, society funding, and “the least commercially successful events” was added to the policy as an amendment after it had been proposed, despite the Union’s admission that it had not conducted any financial planning and did not know what percentage of Warwick students were smokers.

Any student able to get enough student support can propose any motion to be voted on by the student body, during so-called “referendum periods” and if passed by a majority of students, it is adopted as Union policy. Responsibility for implementing these policies lies with the members of the Union’s executive committee, which includes many of those who campaigned against the smoking ban.

One smoking ban campaigner told the Boar, “It’s troubling that the Union proposed a series of amendments to our smoking ban on financial grounds, yet when the it passed, they refused to implement the ban for exactly the same reason they sought to amend it.”

He added, “Amendments need only twenty signatures, whereas we had more than eighty on our original motion. How democratic is this, really? It makes it possible to distort the result of a referendum without the knowledge of the student body, and I personally think that the Union’s amendments adding threats of cuts were responsible for many votes against the policy. We managed to argue against some of the amendments when they were approached, and there were actually twice as many cuts originally.”

The Union, however, sees problems in the proposal of such motions in the first place. Andy Dyer commented, “We’re looking into whether a policy like this should even be able to be proposed
at referendum. The smoking ban shouldn’t have passed, so how do we avoid a situation in future where we pass policies that can’t happen? I think we need to say that where any motion that would have financial implications, it’s flagged up and reviewed before it goes to a vote. That’s not to prevent this kind of debate happening, but to prevent something being passed that we can’t implement, as that’s not fair on the student body.”

Tim Retout disagreed: “The trouble with Dyer’s suggestion that policies relating to Union finance be restricted is that almost any worthwhile policy has an impact on Union finances, so there’s a great potential for abuse. There’s a serious risk of conflict of interest in Union officials having that kind of power.”

Glasgow University recently proposed a complete ban on all tobacco products on its campus, but the university’s two students’ unions successfully gained an exemption for their premises on the grounds that a ban would not be financially viable.

Warwick students vote for SU to lobby for strike compensation 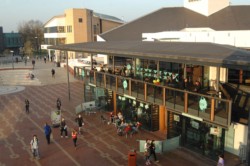