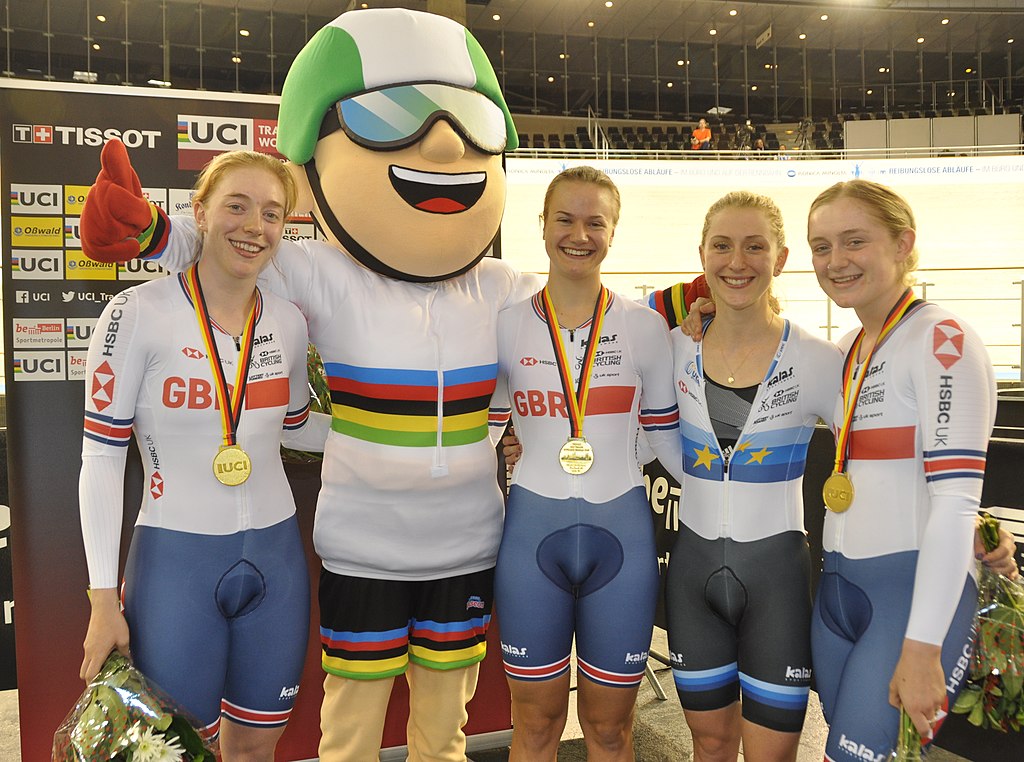 Australia and New Zealand dominated the cycling schedule at the Commonwealth Games, taking home 21 of the 26 gold medals on offer between them. Aaron Gate, of New Zealand, starred in the week-long programme, leaving with four gold medals across both the track and road – propelling New Zealand to their most successful Games ever.

The action started at the Lee Valley Velodrome on Friday 29 July and, 10 years after the heroics of the London Olympics at the same venue, expectations were high for more home success. The Antipodeans, however, did not seem to get the memo. Four Games records and five of the six available golds, including Gate’s first, went the way of Australia and New Zealand on the first day, with just Neil Fachie of Scotland able to break their stranglehold on gold, claiming the victory in the Men’s Tandem B 1,000m time trial.

The day was not without its controversy either, with the Women’s Tandem B Sprint Final not awarding a bronze medal to third-place finishers Sophie Unwin and pilot Georgia Holt. Due to a quirk in the rules, a minimum number of starters, not just entries, was needed to award all three medals, and despite being announced as a three-medal ceremony on the big screens in the velodrome, this number had not been met. Cue a protest behind the podium and a 200 Swiss Franc fine for the pair.

Days two and three were mired by crashes; the first of which came in the second round of the men’s keirin between England’s Joe Truman and Australia’s Matthew Glaetzer. Glaetzer would emerge relatively unscathed, but Truman left the velodrome in a wheelchair, having been knocked unconscious after tumbling over the Australian’s bike. Scans would later reveal he had sustained a broken collarbone.

The crash in the second heat of the qualifying for the men’s scratch race, on the third day of competition, not only left two hospitalised, but ignited calls for wholesale redesigns of a velodrome’s safety. England’s Matt Walls, attempting to dodge a pile up in front of him, careered over the barriers and into the crowds at upwards of 40mph. Medics were quickly on scene, with Walls receiving treatment on the floor of the stands for over 45 minutes before being transferred to hospital. Remarkably, given the ferocity of the crash, Walls sustained only a concussion and some stitches on his forehead. A spectator was also treated in hospital for lacerations to their arm.

Amid the crashes, Australia and New Zealand strengthened their grip on the podium, with highlights including Ellesse Andrews of New Zealand winning three gold medals in the keirin, individual, and team sprints to back up her silver medal in the team pursuit on the first day of competition.

Out of nowhere, Gate jumped from the shelter of Wright’s slipstream and stormed across the line to take his fourth gold medal of the games

The final day of action at the velodrome finally gave the home crowds something to cheer about, with Dame Laura Kenny putting in a commanding performance to win the women’s scratch race. Kenny, a five-time Olympic champion, hit the front of the bunch with two laps to go, and never looked back, screaming past the lone leader on the final lap. She crossed the line comfortably ahead of second place, and celebrated by high-fiving the crowd amid thunderous applause and a standing ovation.

Commenting on her apparent revival in form given her performance the day before, Kenny remarked: “You see Wallsy (Matt Walls) crash like that and it really makes you think ‘what am I doing’.” Kenny went on to explain: “I was having a serious confidence crisis… Then last night I was messaging my new coach Len… Today I was so fired up. I just felt like a completely different bike rider.”

Two days after the conclusion of the track cycling, and New Zealand were back on top again. This time in the mountain biking, with Samuel Gaze taking the win over 30 seconds ahead of fellow Kiwi Ben Oliver. More home success came from Worcestershire’s Evie Richards, who went solo from the first lap and, despite sliding out on one corner, held onto the lead all the way to the line. “From being world champion last year this year has gone to shambles…” Richards continued: “I’ve had everything from Covid to a stomach bug in Brazil so just to put a race together and to finish without a bad back, to be healthy, really means the world to me.”

Not to be outdone by their neighbours, Australia would bounce back from a quiet mountain biking stint to claim double golds in the time trial the day after. Former world champion Rohan Dennis beat England’s Fred Wright to claim gold, with Welshman and podium finisher in this year’s Tour de France Geraint Thomas bouncing back from an early fall to finish third. Grace Brown would help Australia double up, with a commanding ride in the women’s race.

The final events of the cycling programme were the leg-sapping road races. The women’s race was again dominated by Australia, who controlled the peloton for all 112 kilometres around the streets of Warwick and Leamington, before leading out Georgia Baker for the win, with her teammate Sarah Roy in third.

The men’s race was a rather more chaotic affair, with a lead group of 15 clipping off the front just two laps into the 100 mile race. Within the group were stars such as Thomas and Wright, along with track star Aaron Gate. The group worked together well to expand their lead over the chasing peloton, and despite a late breakaway attempt by Guernsey’s Sam Culverwell, a small bunch sprint was on the cards. Thomas attempted to disrupt the script, launching a solo move with just over a kilometre to go, but was caught as the group prepared for the sprint. Wright looked to have got the jump on everyone launching a powerful sprint some 250 meters from the line. Then, out of nowhere, Gate jumped from the shelter of Wright’s slipstream and stormed across the line to take his fourth gold medal of the games.

How does it feel to upset the odds against a former Tour de France winner, claiming your fourth gold medal in the process? “It feels absolutely phenomenal,” declared Gate – who emerges from Birmingham as a star of these games.