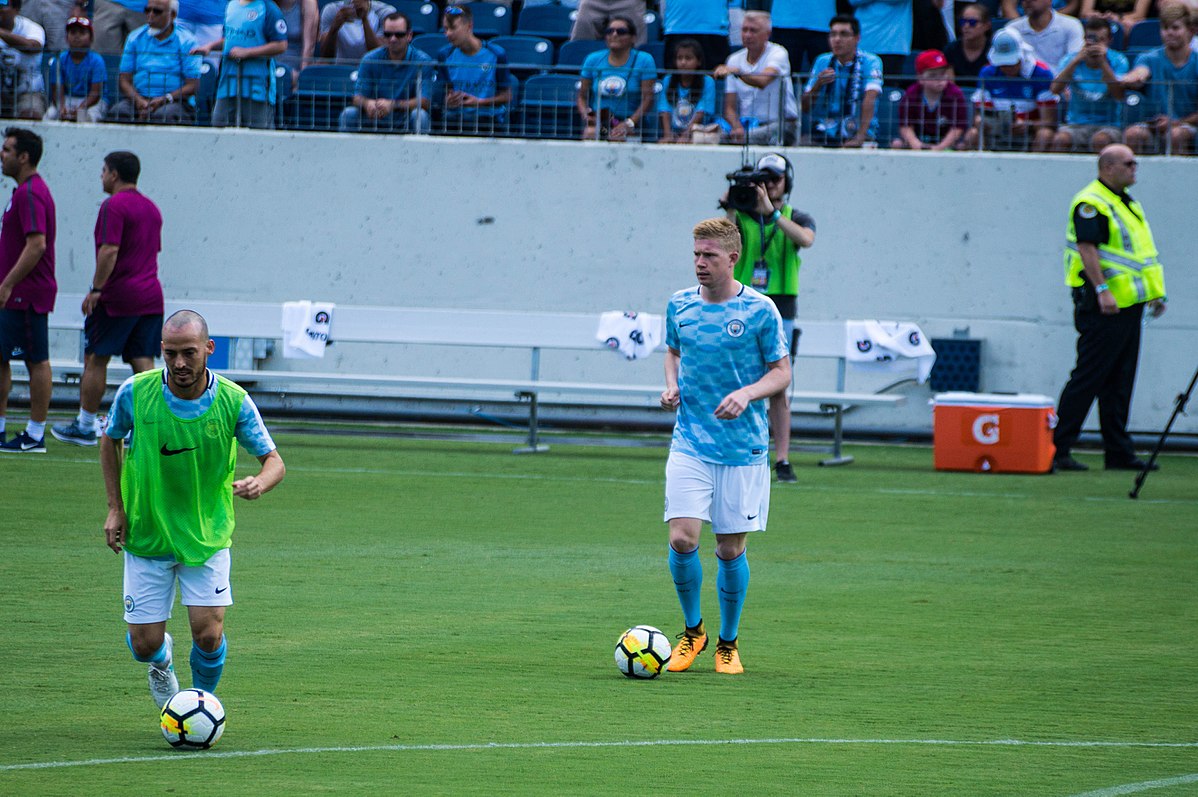 With two disciples of Johan Cruyff at the helm, long balls were not expected to be a major part of yesterday’s match at the Etihad. But it was long passes that were at the heart of all three of City’s goals in their 3-0 win over Arsenal.

Mikel Arteta returned to his old stopping ground with a plan to defend and play on the counter attack. Long balls from Leno and Luiz created early opportunities for the Gunners’ attack trio of Saka, Nkeitah and Aubameyang. However, with a combination of City’s offside trap, effective defending from their centre backs and sloppiness from Arsenal, this amounted to little.

City, however, were far more effective at this. Frustrated at a number of missed chances from patient build-up play, the Citizens opted for long passes. The first of these was from their talisman Kevin de Bruyne who picked the ball up in a right wing-back position. The bounce on his sumptuous ball into the inside right half-space was enough to deceive David Luiz whose error allowed Raheem Sterling to convert his first goal of the calendar year.

City’s second goal came in a similar fashion, this time from City’s goalkeeper-midfielder hybrid Ederson. His 60-yard long ball found Kyle Walker whose tee-off sent Riyad Mahrez into space on the right flank, from which he deployed his trademark move of cutting in onto his left foot. Luiz, similarly, performed his trademark move, a tug at the attackers’ shirt in the penalty box. The Brazilian was dismissed and gave away a spot kick that was coolly converted by De Bruyne.

After a long break following a nasty injury to Eric Garcia, City once again caught Arsenal out with a long ball. It was Fernandinho who orchestrated the third, sending Walker into space wide once again on right flank. In turn, this precipitated a far more typical Cruyffian pattern of play, with precise combination play between Sergio Aguero and Sterling, resulting in a chance for the former which was struck the post into to the feet of academy star Phil Foden.

Arsenal’s performance speaks to a wider issue in the short Arteta era so far: their ability to create chances. Arteta’s first run of fixtures before the break saw Arsenal strengthen significantly at the back, with just 12 goals conceded in 15 games. A few errors from David Luiz are to be expected and can’t detract from a marked improvement under Arteta. It is in the final third that the Gunners have struggled under Arteta, a theme that continued at the Etihad.

Arsenal’s preference for long balls from deep reflects a lack of creativity from other parts of the pitch. A functional midfield worked hard but with Bellerin and Tierney failing to get out of their own half, Arsenal failed to create overloads out wide. Similarly, while the front three pressed the Champions well, particularly in the first half, they didn’t successfully exploit the gaps they managed to create in City’s back line.

The difference between the teams, it seemed, was that long balls were Arsenal’s only source of chances, whereas for City they were part of a much wider strategy. Guardiola’s plan involved a return to a more conventional 4-3-3 with their attacks directed by two ‘free 8s’ in De Bruyne and David Silva. In turn, this created spaces for their wingers Mahrez and Sterling to stretch Arsenal’s full backs and cut in side onto their stronger foot.

This proved too much for Arsenal, whose next trip is away at Brighton on Sunday. To beat the Seagulls Arsenal should incorporate long balls from deep with either overloads out wide through their full backs or from a pair of creative ‘free 8s.’ Ultimately, to be successful Arteta should never stray too far from the principles of his footballing grandfather Johan Cruyff.