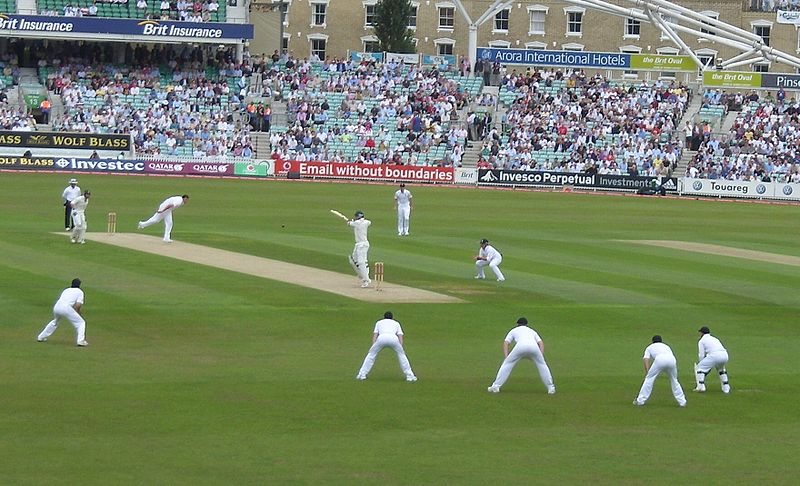 Considering that the England cricket team still hold eight out of the nine series trophies available, it should be a time of great optimism for English fans. There are undoubtedly reasons for positivity; the reliability of Alastair Cook, Stuart Broad and Jimmy Anderson, the overwhelming talent of Joe Root and Ben Stokes, and the emergence of Chris Woakes and Jonny Bairstow as elite players. This exciting line-up was at its best at Old Trafford and Edgbaston, as England won two test matches by a combined 471 runs. In Manchester, Cook’s 105 and, even more so, Root’s 254 were both classic exhibitions of test match batting, brimming with patience, timing and class. At Edgbaston, England became one of the roughly four percent of teams in history to have won a test match after a first innings hundred-run deficit, with a brilliant twenty overs of bowling where Pakistan collapsed from 79-1 to 125-7. And yet, it is the series result that is the most important thing of all; and England could only draw 2-2 with Misbah-ul-Haq’s Pakistan.

yet another fine achievement for Pakistan in the Misbah era.

Indeed, the result was yet another fine achievement for Pakistan in the Misbah era; the captain taking over not long after Pakistan’s last fateful tour of England in 2010. Given that Pakistan haven’t lost at their playing home in the UAE since, it’s obvious that they are excellent in ‘their’ conditions. However, to achieve abroad is the real test, especially considering the current standards in test match cricket. To do so, Misbah’s team showed great patience and consistency at times, something that is perhaps unfairly not associated with the Pakistani style. Younis Khan’s revised technique at the Oval, where he hit the ball much later, after an otherwise haphazard series confirmed not only his personal brilliance but personified the Pakistani effort more broadly.

At the same time, from an English perspective it’s hard to ignore some glaring and concerning weaknesses which shone through during the series. Alex Hales’ bizarre actions towards Yasir Shah at the Oval seemed insignificant but, for me, they represent a worrying immaturity in the test match arena. The same word could be used to describe James Vince’s batting and his omission from the forthcoming ODI series is ominous with regard to his test future. Vince was selected after averaging just over 30 in the last two county championship seasons, but it was Gary Ballance’s inclusion in the series that prompted significantly more outrage. In the name of fairness, Ballance’s equivalent average was just over 34 and he showed his typical determination in a crucial innings of 70 at Edgbaston, but a series average of 27 – which dropped to 15 against spin – makes it unlikely that he’ll be touring Asia this winter. Moeen Ali will certainly be on that tour, but concerns about his bowling, especially his ability to ‘hold up’ an end, remain prominent.

The upcoming five-match test series in India will be a huge test for an inconsistent England team.

Given these worries, it will be interesting to see how the England selectors respond ahead of the aforementioned tours of Bangladesh (if security concerns don’t intervene) and India. A tour party of 17 probably means that all involved versus Pakistan will feature again, with notable spaces including reserve wicketkeeper, most likely to be Jos Buttler or Ben Foakes, and the second and third spinners; potentially Adil Rashid and Zafar Ansari. The inadequacies of these spin bowlers and the way England played Yasir Shah in London means that a five-match test series in India will be a huge test for an inconsistent England team. Amongst all this speculation, credit must go to Misbah’s Pakistan for a series to remember – the shorter format games start a week today.