The proposed industrial action could take the form of a marking boycott where staff will refuse to mark students’ coursework and exams.

78 percent of members in the University and College Union (UCU) voted in favour of strike action and 87 percent voted for action short of a strike.

Dennis Leech, Warwick UCU president, said: “We are absolutely appalled by the proposals. It is only three years since the rules of the pension scheme (USS – University Superannuation Scheme) – were last changed… We were told then that the rule change would be sufficient to deal with the funding problems.

“The proposed changes will mean that all staff members will face a cut in their pensions when they retire. Some of the them could be very large indeed – 27 percent. It will also mean that pensions at universities like Warwick will be a lot lower than in post-92 universities such as Coventry.

“Pensions are fundamental to good universities, because the expectation of a secure pension in retirement is what makes a career as a university teacher worthwhile. Many members feel this is an attack on the basis of their career. 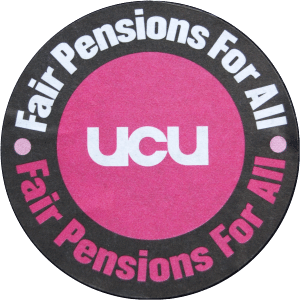 “Warwick branch believes that the employers’ proposals are based on false assumptions and bad economics. We are obviously very unhappy about having to take industrial action again so soon after the last strikes on pay (and only three years since the last industrial action about the USS).

UCU general secretary, Sally Hunt, also stated: “UCU members at univeorsities across the UK have made it quite clear today that they reject the radical changes being proposed for their pensions.

“…If the employers do not address our concerns then we will meet on Friday to determine what forms of disruptive action we take and when they would start.”

Talks to settle this dispute over pensions between the UCU and the employers’ representatives were scheduled for Wednesday 22 October.

Planned changes to the USS, according to Universities UK (UUK) which is the body responsible for proposing these changes, came about as a result of a budget deficit estimated at £8 billion.

UUK asserts that “the proposed changes are about securing the USS for the future, not just funding the past service deficit”, and so were “disappointed” by the votes for industrial action.

Concern within UCU stemmed from the belief that staff at older universities “will have pensions up to 36 percent worse than their colleagues at other universities” if the changes are implemented.

The Union believes that this could then lead to difficulties in “recruitment and retention of the brightest talent” in these older universities.

Hasan, first-year PPE undergraduate, was unhappy about the potential effect the proposed strike action would have on students.

He said: “A marking boycott, something that directly affects my ability to improve as a learner, makes me want to stand against industrial action.”

However, he also expressed concern for staff by acknowledging that a “decrease in pensions could negatively affect their personal lives and their performance”.

Deanne, a first-year Psychology undergraduate, voiced a similar opinion. He said: “although I am against reduced pensions, not marking or assessing exams is extreme.”

When lecturers threatened a marking boycott in April 2014 over the issue of staff pay, Warwick Students’ Union released a statement the same month stating: “we clearly cannot support students’ futures being used as leverage in an external pay dispute, and are deeply concerned about the impact a marking boycott may have on our members.”

The University was “surprised” by the decision made to hold a ballot on industrial action, as negotiations over changes to pensions are still ongoing at a national level.

However, they hope that the scheduled talks will lead to a “sustainable and attractive pension scheme” being put in place, so that the studies of students will not be at a high risk of being disrupted.

In an interview with Nigel Thrift, vice chancellor of the University, on October 23, Mr Thrift told the Boar: “The University would prefer the strikes didn’t [happen again]. But at the same time, we are aware of the concern that staff have over their pensions. We’ll simply have to wait and see, I can’t predict what’s going to happen.

“I’d like to think that it wouldn’t be the case [that Warwick staff may be worse off than staff at newer universities in terms of pensions]. It’s important that we get to provide good pension facilities.”

Disclaimer: In issue of the Boar printed on 29/10/2014, the print read “I’d like to think that it would be the case [that Warwick staff may be worse off than staff at newer universities in terms of pensions]”. This is incorrect and the text should read “I’d like to think that it wouldn’t be the case”. The Boar would like to apologise unreservedly for this printing error and we have updated the online article accordingly.