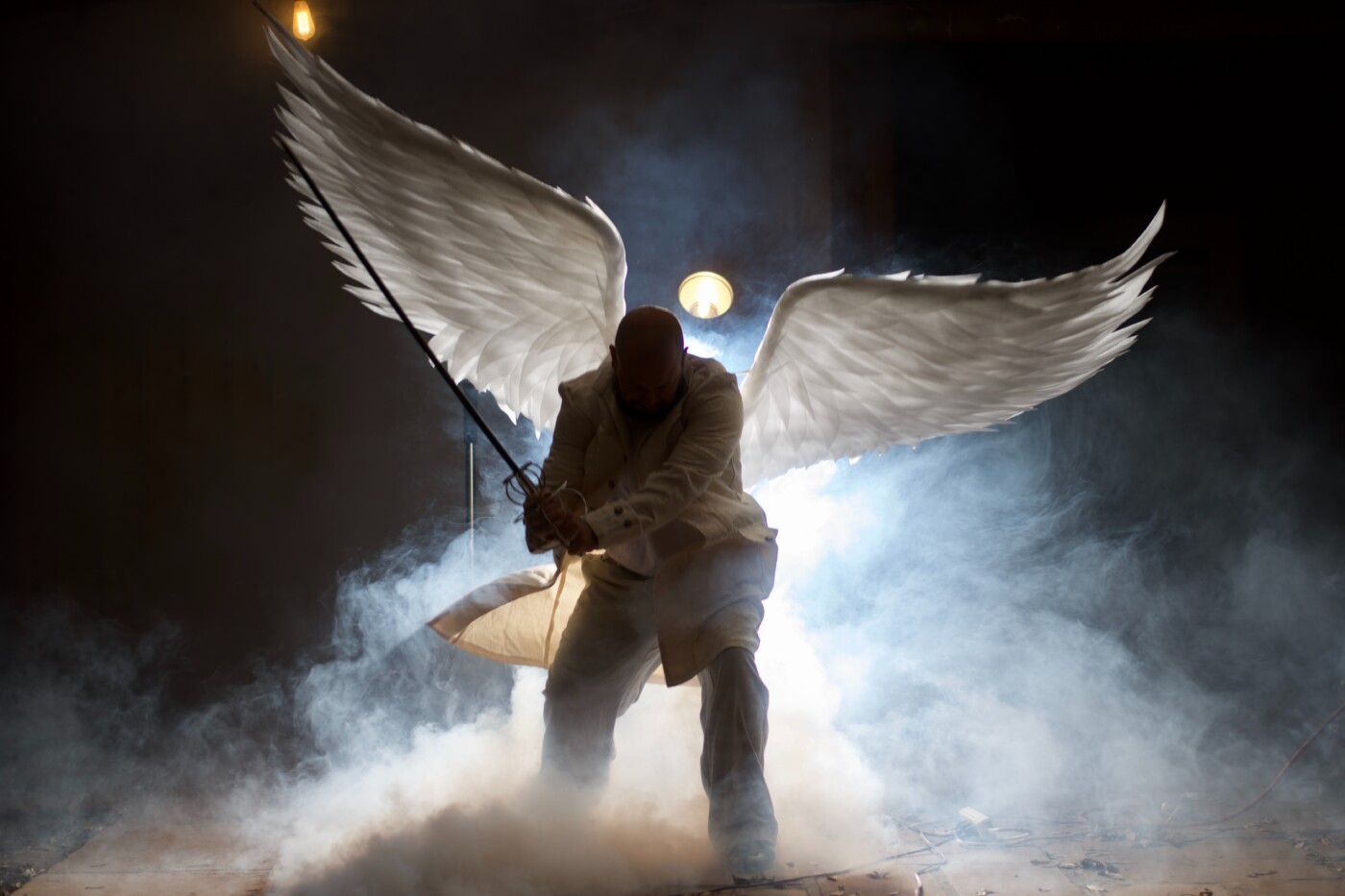 For the first few years of his life, Derek Landy was raised by foxes. “It’s not as impressive as being raised by wolves”, he admits, but “it’s a darn sight better than being raised by badgers”. This is taken from the biographical blurb of one of his novels – short passages, completely fictitious in nature, but which still manage to give you an insight into his character.

When I met Landy at a signing/Q&A, he gave an entertaining rant about his cats which had recently given birth to far, far too many kittens. With humour permeating everything from his events to his dust covers, you’d be forgiven for thinking Landy’s work didn’t take itself very seriously, but this is not necessarily true. Landy has had a fairly eclectic career. He has written screenplays, a Doctor Who short story, and comic books such as the Disney+ tie-in The Falcon, and the Winter Soldier. But it’s his novels that are most well-known.

Landy’s flagship work is Skulduggery Pleasant – a 15-installment series (plus a spin-off novel, reference guide, and multitude of short stories) that almost transcends genre. At its core, it’s fantasy – one of the main characters can control elements like a toned-down Last Airbender (and also happens to be a skeleton – don’t worry, it’s explained eventually). Other characters shoot energy beams. Some run-up walls. Some teleport. Some are far more interesting.

This year, in the most recent book, she is 27 and I am 24. To age alongside this character has been a truly remarkable experience.

But it’s also horror – it features an animalistic re-invention of the contemporary vampire. There’s also sea-hags, trolls, zombies, critically endangered werewolves, paper men filled with toxic gas, maleficent, faceless gods, and giant spiders who vomit more, smaller spiders. There are elements of romance and of science-fiction (specifically inter-dimensional travel). They are action/adventure – the way Landy writes about combat, using magic, always strucks me as immensely exciting than waving a twig and muttering some pseudo-latin. The fantastical is effortlessly interwoven with several real forms of martial arts – possibly thanks to Landy’s own black belt in Kenpō karate. And of course, they’re comedy. The stories centre on the relationship between the titular Skulduggery Pleasant, an enigmatic Irish detective, and a young girl he takes on as his apprentice. Their dry, witty banter takes up much of the word count and I wouldn’t have it any other way.

When the first book came out in 2007, I was nine years old, and the audience surrogate character was twelve. This year, in the most recent book, she is 27 and I am 24. To age alongside this character has been a truly remarkable experience. She moved out. A boy she dated in the early books is still around in the periphery, and they have a friendly working relationship. Her little sister was born and became a fully-fledged character of her own. She lived abroad for a while. She got a dog. She came out as bisexual. These are minor things, I don’t mean to spoil anything, just to emphasise that as fantastical and bizarre as the world is, the characters are very real and grounded.

Growing up with it is obviously not possible for everybody, but I have known enough adults who enjoy the series, that I am confident it holds up even to a uni student-aged binge-read. I obviously suggest starting with the first book, simply titled Skulduggery Pleasant. Alternatively, to get a taste without committing to a full-length novel, you could try a World Book Day title – Skulduggery Pleasant: The End of The World (high stakes for a 128-page novelette, I know).

For a middle-aged man, Landy seems bizarrely adept at writing from the teenage girl’s perspective.

I would be remiss not to briefly mention Landy’s other series, a trilogy called Demon Road. A similar mesh of genres but much more biblical in content, this follows a young girl who discovers she’s a demon (and can transform à la a red She-Hulk with horns) and is forced to try to outrun her family’s devilish plans for her. The introspective nature of such a solitary journey is a great alternative to the dialogue-heavy Skulduggery Pleasant series. The main character in Demon Road obviously resents her demonic nature but can’t help but enjoy the height/figure/confidence/power her demon form grants her. For a middle-aged man, Landy seems bizarrely adept at writing from the teenage girl’s perspective.

Overall, Landy has had a very successful career, still managing to tell new and engaging stories in a world that has evolved so much from that first novel. There has long been excitement over the possibility of screen adaptations of the series, with Landy at one point selling the rights to Warner Brothers. Landy being a screenwriter himself however, was unhappy with rewrites so bought it back, apparently continuing to work with other film companies to see if something can be made the way he wants. Personally, there’s no hands I would rather have on the wheel for an adaptation, if it does ever end up happening, and I believe it could be the next His Dark Materials or Dune.