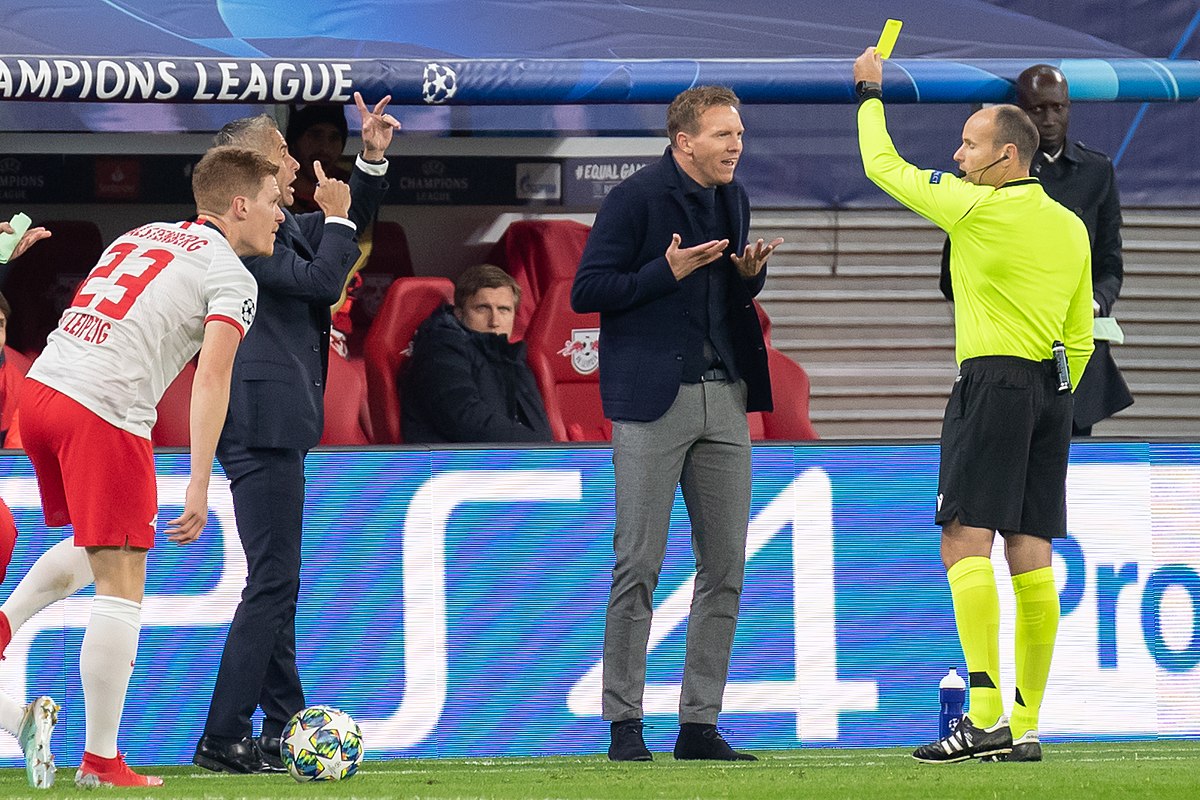 Julian Nagelsmann, the manager of RB Leipzig, will be joining Bayern Munich, the Bundesliga champions-elect, from the start of the 2021-2022 season. He will replace the outgoing Hansi Flick, who, following the announcement of his departure from Bayern, looks set to take over the German national team after the departure of Joachim Low at the end of this summer’s European Championships.

Nagelsmann, despite only being 33, already has a wealth of Bundesliga experience to his name. He became the youngest head coach in the history of the Bundesliga when taking over at Hoffenheim at the age of only 28, but his youth by no means impacted upon his ability as a manager, as he lead the team to an unexpected Champions League qualification.

A promotion of sorts soon arrived, as RB Leipzig saw him as the man to consolidate their position at the top end of the Bundesliga. Although he never challenged for the title, a third-place finish last season, followed by a strong title challenge this season, means that he undoubtedly succeeded in making Leipzig one of Germany’s ‘big three’ teams, behind only Bayern and Borussia Dortmund.

Julian Nagelsmann stands for a new generation of trainers

His task at Bayern, will however, undoubtedly be his hardest yet, as he replaces the remarkably successful Flick, who managed to turn Bayern’s fortunes around after years of stagnation under Niko Kovac. Flick led the team to an imperious Champions League in his first season, one that few expected at the start of the campaign, and looks set to add this year’s Bundesliga title to the one achieved last season. Nagelsmann, despite his undoubted ability, has never won a trophy, or been at a club with anywhere near Bayern’s quality of player or stature.

Commenting on his move, Nagelsmann said that “I have never made a secret of the fact I am excited about the coaching position at Bayern Munich and that I would be happy to take on this job if this unique opportunity should arise,” underlining the well-known fact that the Bayern job has long been a dream for the German.

Bayern president Herbert Hainer meanwhile stated that “Julian Nagelsmann stands for a new generation of trainer,” reflecting the team’s philosophy from the past few seasons of turning to the youth at the expense of their older generation. This philosophy has been reflected in the signings of Benjamin Pavard and Lucas Hernandez, while Dayot Upamecano is set to follow Nagelsmann from Leipzig.

Speculation is already rife as to who will replace Nagelsmann at Leipzig, with the Red Bull Salzburg manager Jesse Marsch the firm favourite, with Ajax’s Erik ten Hag another name mentioned.