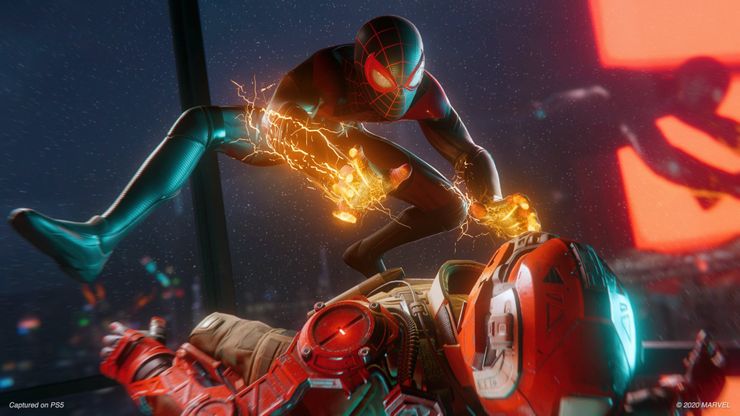 Why I’m buying the PS5 over the Xbox Series X

After much anticipation, Sony finally unveiled the PlayStation 5 along with several exclusive first and third-party titles for the next generation. To say the hype is real would be an understatement. Now that both the Xbox Series X and the PS5 have officially been revealed, we have come to the start of the console war, and I’ve decided that the PlayStation 5 will be the winner.

I should first note that I might come to regret this article as we gather more details about the two consoles. We still don’t have the all-important prices or Xbox first-party titles, which could change everything. The PS4 was both cheaper and had a slightly more powerful GPU, which gave it an edge during launch over the Xbox One. So, take my following words as provisional.

The event kicked off with a ton of game reveals, and PlayStation sure knocked it out of the park. Unlike Xbox’s mediocre ‘gameplay’ event a month ago, PlayStation launched their event with a bang. We first saw a teaser of Spider-Man: Miles Morales (admittedly not gameplay), a sequel-but-not-really to the PS4’s Spider-Man.

Ratchet & Clank: Rift Apart gave players an insight into the power of the PS5’s high-speed SSD, allowing you to teleport between worlds instantly and showing off the stunning graphical fidelity of the game.

After revealing some of their larger titles, Sony moved on to some of their rather unconventional new IPs, including Stray, where you play as a cat in a world populated by robots (also scheduled for release on PS4).

One of the most loveable characters from the PlayStation universe returns with his own story-driven game, Sackboy: A Big Adventure, which sees Sackboy in his own 3D platformer. Destruction Allstars is a Rocket League-like game, but without the ball (oldies may compare it to Twisted Metal) that looks like a quality time.

We also saw the rather colourful Kena: Bridge of Spirits, an action-adventure game where the protagonist makes the use of spirits in her adventure.

Unlike Xbox’s mediocre ‘gameplay’ event a month ago, PlayStation launched their event with a bang

I frankly don’t know how to describe Goodbye Volcano High: just watch the trailer. It looks like a Life is Strange-esque story, but with… animals. Oddworld fans can rejoice as they are finally getting a new game. Oddworld: Soulstorm is a brand-new story built on an engine designed to make use of the PS5: and it looks impressive.

There were many more games announced, and those were just a selection from what I remember, but I want to end with an announcement from Arkane Studios, one of my favourite developers, having developed Dishonored and Prey. The studio released a trailer for Deathloop, which is the second game in this event where the protagonist dies again and again. The game features two rival assassins who seem to be hunting each other down and are stuck in a time loop.

Overall, some two-dozen games were announced in the event, but more importantly, they were quality games (except GTA Online, shame on you Rockstar) that I was looking forward to. Sony reminded us of the pure talent of its studios, something Microsoft has yet to prove. Put it this way, I can’t remember a single announcement from the Xbox announcement minus Assassin’s Creed Valhalla, which is multiplatform anyway.

After the reveal of the PS5 games, Sony moved on to the console itself, or should I say consoles,  two versions were announced: the PS5 & PS5 Digital Edition. I’m not entirely sure how I feel about a disc-less console. Sony has stated that over half of PS4 games sales were digital last year, and as a PC gamer, all my purchases are digital. It will probably be a fair bit cheaper than the Blu-Ray drive console to encourage uptake, but I have my concerns.

Unlike on PC where there are a number of different stores I can purchase my games from, all competing for the lowest prices, you won’t have that option on the PlayStation, with Sony holding a monopoly on digital games sales through the PlayStation Store. It’s possible that there could be agreements with other retailers to sell digital keys, but that’s yet to be confirmed. So, I’ll be getting the disc model and hoard SteelBook cases for another generation.

As for the design of the console(s) itself, I’m in love with it. I adore the two-tone colour scheme with a futuristic-looking enclosure. It’s nice to see a fresh out-there design after years of drab black boxes that might look mature and acceptable in a TV cabinet but lack any creativeness. It’s a shame Microsoft decided to go for another black box for the Series X as while this might have practical purposes in terms of cooling, it doesn’t help the console stand out from the PS5 or even a DVR.

The PS5’s controller, the DualSense, was one of the first insights given by Sony into the PS5, having been revealed months prior to the event. It’s aesthetic is very similar to the console, and the tech inside sounds just as cool. The vibration has been upgraded to what Sony is calling ‘Haptic Feedback’, which will hopefully be on par with Nintendo’s HD Rumble, and new adaptive triggers create resistance depending on the game to simulate say drawing a bow or pulling a trigger. The controller will also have a built-in speaker and microphone, which should make voice chat more accessible.

In contrast, the Series X controller seems to be a revision of the Xbox One controller, although the positive to this is that existing controllers will be compatible, which is a very pro-consumer move on Microsoft’s part. At least it finally has a share button!

We have still yet to see the UI for the PS5, but Microsoft has already confirmed that the Series X will just be running an updated version of the Xbox One OS. While this probably doesn’t matter to most people, as a tech nerd, it’s nice to see new software implemented on a device I’ll be spending around £500 on.

While I’ve certainly put forward a strong case for the PS5, even if you end up choosing the Xbox Series X, the next-generation of console gaming looks to be incredibly exciting and it will bring the entire industry forward with fresh concepts and creativity.

Gallery image with caption: The changing nature of turn-based combat