Improving sex education for students is an urgent matter

In January of 2019, Netflix released its hit series, Sex Education, to high critical acclaim. Focusing on Otis, the son of a sexual health therapist, and his struggle to embrace and understand his own sexuality alongside attempting to counsel others on theirs, struck a chord with young people across the country. In The Boar’s own review, one writer calls the show “a splendid delight with an optimistically refreshing view of love and relationships”.

Luckily for Otis and, perhaps most crucially, his “patients”, his mother’s profession meant that he was equipped to provide accurate information; however, for many young people across the UK, this is sadly not the case. Old wives’ tales, dubious stories from older siblings and bizarre Cosmopolitan tips that include pressing your partner with a fork still constitute a large number of young people’s sexual education. We’ve all worried about whether we could get an STD from a toilet seat or pregnant from a used towel- yet why aren’t these prolific myths dispelled by our education system before they have time to spread?

Thankfully, in February of this year, it was revealed that Relationships and Sex Education (RSE) are finally receiving new guidelines, with the last revision having occurred almost two decades prior in 2000. These new guidelines will aim to cover information surrounding menstruation, LGBTQ+ sex and relationships, consent and Female Genital Mutilation (FGM) to name but a few. Lessons will be mandatory from 2020 onwards whilst £6 million will be invested to cover training and resources.

However, a considerable number of parents and religious groups have expressed concerns over mandatory sexual education. Chief Executive of Christian Concern, Andrea Williams exclaims that: “Children need to be protected…we need to be guarding their innocence”. Yet, is keeping young people in the dark more important than their physical health and ability to navigate healthy relationships in the future? With a recent poll determining that nearly a third of people in the UK lose their virginity before they reach 16, it is evident that allowing all students access to reliable sexual health resources is imperative to the physical and emotional safety of young people. STD rates are on the rise with diagnoses of gonorrhoea increasing by 26% this year alone, the largest number of cases reported since 1978. Lack of resources and persistent prudery have resulted in looks of shock and horror from friends of mine- who have been sexually active for a number of years- when I tell them of the number of STDs that are contractible through oral sex (spoiler: the answer is all of them).

An article by BBC journalist Michelle Roberts suggests that a reason for these dramatic increases are because “some people are too embarrassed to seek help”. This is not applicable only to STD’s but also to mammograms and smear tests; young people across the country are putting their lives at risk as a result of our nation’s archaic, squirming discomfort with sexuality.

The overwhelming majority of teenagers and young people will have sex; the education they receive will simply determine whether said sex is safe or not

This draws us to the paradox that is a lack of proficient sexual education alongside religious groups’ desire to overturn abortion laws. This is perhaps explained best by Los-Angeles-based sexual health advocate and content creator, Laci Green. She explores in her YouTube video, Abortion Under Attack, how American states wish to criminalize abortion, yet are unwilling to make changes to their outdated abstinence-only forms of sex education. Poor sex education equals higher teen pregnancy rates, and thus more people seeking terminations.

She states that campaigns to overturn Roe vs. Wade whilst simultaneously refusing to implement better public sexual health services “is an attack on sex, and in particular, women’s sexuality. The underlying belief is that sex is only for procreation. It’s a woman’s duty to have children. A woman who has sex for pleasure and not for procreation has broken the rules, she’s sinned, and now she has to face the consequences of her actions, the consequences being pregnancy and childbirth”. In order to prevent unwanted pregnancies, young people must be taught about safe sex- either that, or we must put our faith in abstinence-only forms of education which have, rather ironically, been associated with higher adolescent birth rates.

This is no longer a question of morals or religion- it is an urgent public health matter. University societies, such as Sexpression, aim to break the silence surrounding sexual health, providing free condoms, sanitary products and STD testing kits to students whilst pointing them towards useful online and in-person services. The overwhelming majority of teenagers and young people will have sex; the education they receive will simply determine whether said sex is safe or not.

Gallery image with caption: The reforms to sex education offer a welcome change

Gallery image with caption: We don’t need no education – we need a revolution

Gallery image with caption: Does liking ‘Love Island’ make me any less of a feminist? 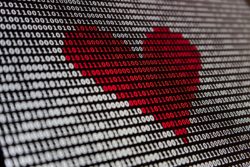