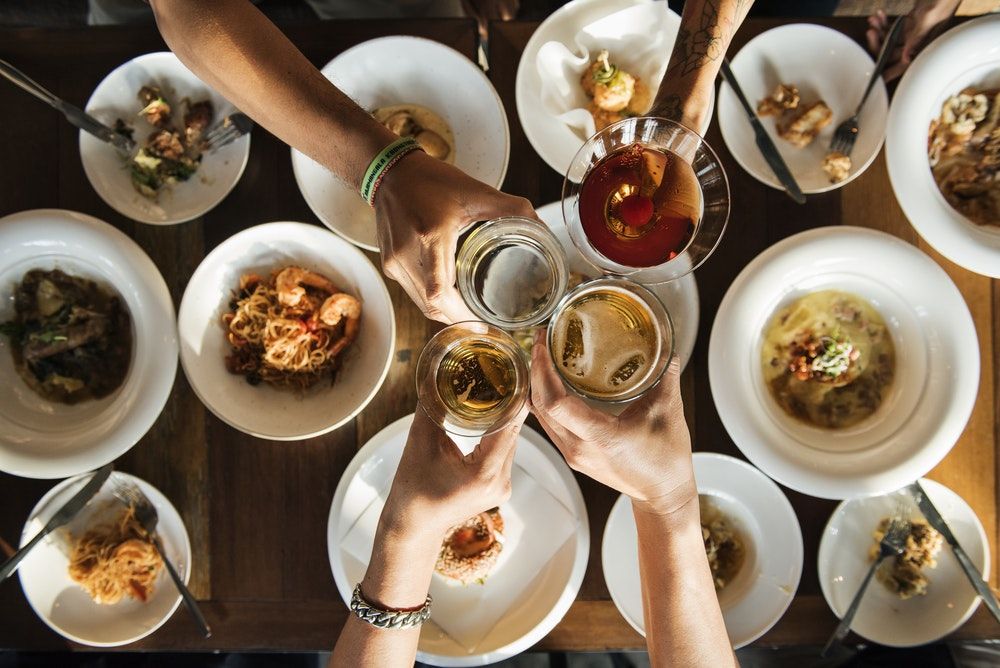 To compile a dinner party guest list of literary characters is a considerable feat for a literature student. However, it is made all the more challenging when it involves having to incorporate these characters into arguably the best holiday of the year; it is important to carefully choose a wide range of personalities to, hopefully, liven up the evening.

The doorbell rings and you are greeted with the overpowering stench of cologne mixed with expensive alcohol. Make sure not to crease Jay Gatsby’s dinner jacket when he flings it at you- he has dressed to impress. OK, he might make sure that his expensive watch is always on display and constantly name drops his influential friends and neighbours, but he bought everyone incredible gifts (and, let’s be honest, that is why you invited him in the first place).

However, do not be surprised when you return with the cheese board to find that he has disappeared. Unfortunately, he found out from Hermione that Daisy is having Christmas drinks at the Weatherspoon’s down the road.

Now, inviting Hermione Granger does have its benefits; she has made personalised Christmas crackers for everyone, each containing a ‘fun’ fact about the holiday (mostly related to ancient traditions and magical modernisations Christmas). She makes sure that everyone is sat behind the right place setting. However, she is a control freak, anxious that you have undercooked the turkey and that it is uneconomical to have both the heating on and the windows open in the kitchen. Despite her constant busy-bodying, she will make sure to help you with the washing up and might even give you a few pointers on that essay you have due next term.

It is always important to make sure you have a mix of personalities at such an event as this, and that is why you will find Eva Khatchadourian at the end of the table. Sure, she may not exude Christmas spirit (would you after your son had massacred his classmates?) but it is always nice to do a good deed at this time of year and it is not as if she will have been inundated with invites this festive season. You and your guests use this excuse to mask your morbid obsession with serial killer documentaries after watching Making a Murderer on Netflix. You will offer her a glass of wine whilst subtly attempting to spark a nature versus nurture debate.

Nearest the door, you will find a young Cathy Earnshaw, gargling mulled wine that she has pinched from a despondent Eva and attempting to launch roast potatoes into Gatsby’s lap. She will try to ride your Golden Retriever like a horse and then proceed to throw up on your new shearling rug after stuffing her face with yule log.

Watch out for your white furnishings, as adult Cathy is not exactly the first guest who comes to mind when you are planning a calm evening; you will turn your back and she will have started a fight with Hermione after ripping up her personalised cracker and throwing it into the air so that it rained down like snow. Fortunately for you, as she has nearly eaten you out of house and home, she will later go on hunger strike when she finds out that she cannot bring Heathcliff as a plus one.

You may have almost lost your sanity as you attempted to fix a hyper Cathy to her chair and listened to Hermione drone on about why it is so important to study the historical role of magic in today’s Christmas traditions, but you have made it out of your literary dinner party alive. They may not be the most conventional of guests, but who wouldn’t want to witness the glam of the 1920s alongside the opportunity to ask all the questions you have accumulated after watching countless hours-worth of crime documentaries instead of writing your essays?

Whether you enjoyed their company or not, at least Gatsby brought a croquembouche for dessert which, let’s be honest, you would never have been able to afford on your student budget.

Literary gifting: what would our favourite characters buy each other?