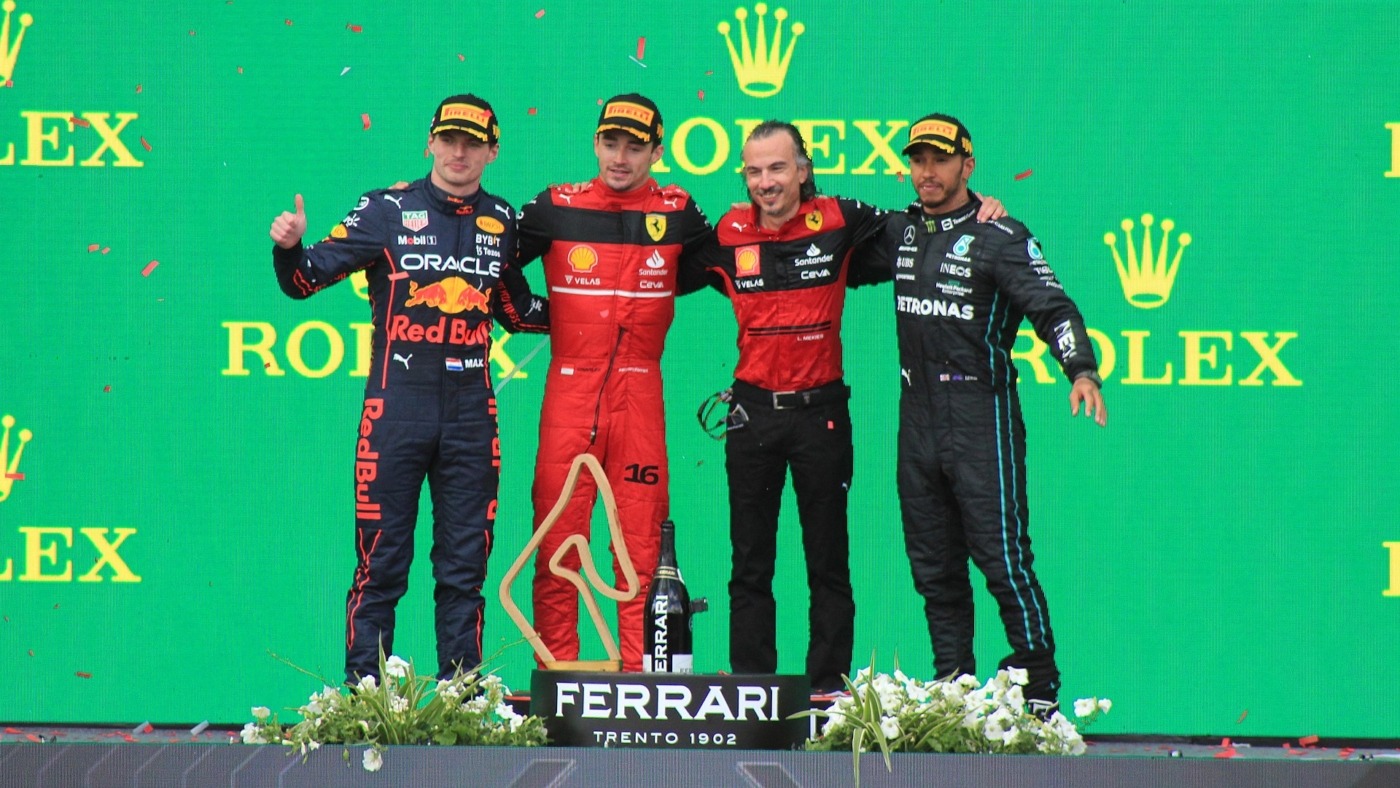 After a run of races punctuated by misfortune, Charles Leclerc has kept his title hopes alive with a victory at the Austrian Grand Prix. His teammate failed to finish and his car almost broke too, but he kept it together to claim the win over rival Max Verstappen.

Excusing the vehicle issues (including Carlos Sainz’s car catching on fire), Ferrari looked on form for a one-two finish, a very pleasing development after their early season run started to stall. And Mercedes too now appear to be back in the running too – Sainz’s retirement gifted Lewis Hamilton a podium finish, with George Russell in fourth. It was a good result, and a pleasant end after a race weekend marred by fan abuse.

Verstappen began the race on pole after the sprint race, but Leclerc had the pace advantage and he kept up with the Red Bull driver. On lap 12, he finally passed his rival, so Verstappen pitted – Red Bull was clearly switching to a two-stop strategy in the hopes of challenging Ferrari. The current world champion gained the lead when Ferrari pitted 12 laps later on lap 26, but Leclerc emerged to a six-second deficit that barely looked a challenge. He closed in and passed again on lap 33.

Another pit for Verstappen came on lap 36, and he emerged 26 seconds behind race leader Leclerc. On lap 49, Ferrari pitted Leclerc – he emerged three seconds behind Verstappen, and swiftly overtook him for the third time in the race. Leclerc and Sainz looked destined for the win, but then Ferrari did as only Ferrari can – on lap 57, Sainz retired, and his engine caught fire. A virtual safety car was deployed – the two drivers pitted one last time, and Leclerc was five seconds up with 10 laps to go. The Ferrari driver reported throttle issues, but he was still too pacy for Verstappen to catch – the Red Bull came second, with a bonus for fastest lap.

Elsewhere, it was largely an uneventful race after the first lap. Sergio Perez went around the outside of Russell, and there was contact that eventually forced the Red Bull to retire. Sebastian Vettel and Pierre Gasly collided at the same corner a little later on. Both Russell and Gasly received five-second time penalties for the collisions. That same lap, Hamilton managed to pass both Haas, and secured a podium place he really wanted, making up a lot of ground after Verstappen’s early pit stop. One of the more exciting moments came on lap 25, with a five-car battle for eighth between Lando Norris, Kevin Magnussen, Fernando Alonso, Mick Schumacher and Zhou Guanyu.

Leclerc has eaten a little into Verstappen’s championship lead – if he manages to do the same at these next two races, things might start to heat up

After the win, Leclerc said: “It was a really good race, the pace was there and the end was incredibly difficult with the throttle problem, but we managed to make it stick until the end.

“Weirdly my problem was at the same time as Carlos, but I knew it was a pedal problem rather than an engine problem. I definitely needed that one. The last five races have been difficult for me and the team and it is great to finally get one.”

Verstappen said: “It was a tricky day. It seemed like we were struggling quite a bit with the tyres, too much degradation to attack Charles.

“Nevertheless, second place is a good result for us on a difficult day. It’s great to see so many fans coming to Austria, unfortunately I couldn’t give them a win but second is still a great result.”

Hamilton said: “What an incredible crowd, it has been a difficult weekend, a rough weekend, but we take the points and move forward.

“I want to say a big thank you to the guys in the garage, I am so thankful to them for working so hard. We have made some improvements and we will keep chipping away at them.”

In two weeks’ time, F1 heads to France for the first of two races before the summer break. After his win today, Leclerc has eaten a little into Verstappen’s championship lead – if he manages to do the same at these next two races, things might start to heat up.