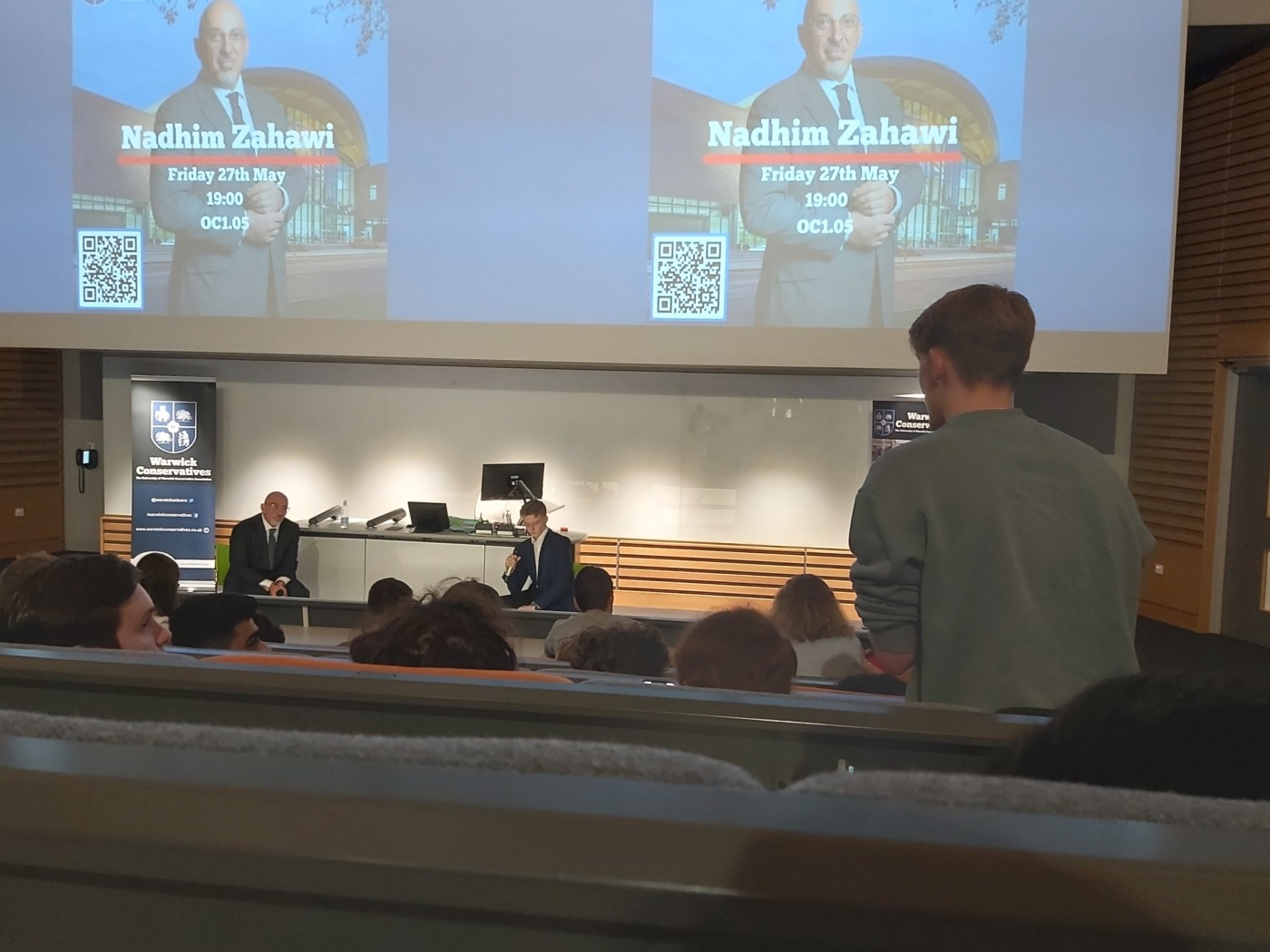 Members of Warwick Pride and other groups attempted to enter the event. But, according to the Treasurer of Warwick Pride, many members who had tickets were turned away, citing “transphobia”. Another attendee said they were “blacklisted”. Members of the Conservative society, which ran the event, confirmed afterward that they had stopped some individuals from attending to keep proceedings orderly, and to ensure that the event could go ahead safely, protecting exec members, security, and the speaker. They said that this was in response to plans to disrupt the event.

Warwick Pride’s Treasurer claimed the Warwick Conservative Association, which ran the event, had their names highlighted ready. After the event, members of the Conservative society said that the event was privately organised.

Outside the Oculus event, Transaction Warwick protestors played rave and pop music at a very high volume, and loudly chanted statements that could be heard in the room.

Some LGBT+ protestors attended the event. Zahawi spoke for roughly 20 minutes, while the music played clearly in the background, before a question and answer session. Questions were given via a QR code form, and then read by the interviewer.

Joel Cooper, an activist attending the event, told the Boar he felt that somebody had to ask the Education Secretary about his past comments on transgender rights. He stood up at the end of the event, to objections from the interviewer, and asked Zahawi about previous statements the Cabinet minister had made about the importance of getting parents involved in child transgender issues.

Zahawi responded by saying that this was an issue that needed to be dealt with in a “loving” way. Earlier in the event, referencing the audible protests, he maintained that parents had to be informed about issues concerning their children. He declaratively said that: “we must protect Trans rights.”

Student opinions on the disruptions appear mixed, with some opposing. One student that attended the first event told the Boar: “I understand some of Mr. Zahawi’s comments may have been offensive and upsetting to some. Yet surely there are more appropriate ways of challenging his opinion?

“Blaring music and ruining the chance of other students to listen to and question the Education Secretary – who like myself, nonetheless may have differing opinions to him – is not the way to go about such a thing.”

“Although we thought we would have the opportunity to challenge these and his other policies last night… the questions the Warwick Conservative Association chose to ask were not representative of those submitted via QR code and were purposely chosen to promote their own narrative.

“This was disappointing and we as a society were immensely underwhelmed both at the Ministers responses and at the inability to ask our own questions.

“As a result of this, some society members began raising their hands to highlight that our questions were being ignored.”

A Department for Education spokesperson told the Telegraph that the protests were “more evidence against those who say there is no such thing as a chilling culture on campus’.

In Zahawi’s speech at the beginning of the event, he spoke about his time as Vaccines Minister during the pandemic, and then about his experiences to date at the Department for Education.

Earlier in the week, Warwick Pride released a statement announcing their objections to Zahawi’s past statements on transgender issues, and their intent to protest.

The Warwick Conservative Association and Parliamentary Office of Nadhim Zahawi have been contacted for comment.

Following a statement from Warwick Pride, we have added mentions of the group Transaction Warwick.