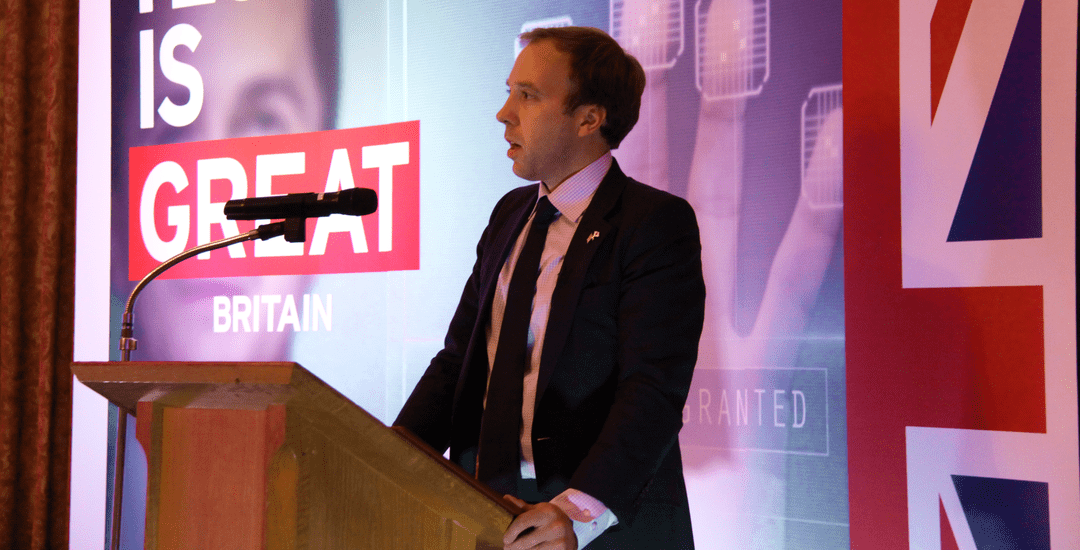 Matt Hancock, MP for West Suffolk since 2010 and Secretary of State for Health and Social Care since 2018, has finally got his comeuppance in one of the most disgraceful falls from power in a long time in politics. But I am still not happy – why you ask? Because there is a litany of offences he should have gone for since March 2020, yet he was allowed to keep his unbridled power long enough to have his month or so long fling with an aide. He should have been long gone before he even had the chance to tear two families apart at the height of his intoxication with power.

It is ironic that the two people most pivotal to the creation and entrenchment of lockdowns and restrictions, namely Neil Ferguson and Matt Hancock, would both be caught breaking their own rules to be involved with affairs. That they are hypocrites is a given with their level of power, the main issue is that after designing the system to crush society and normal life, they picked that as the best time to have their flings while showing no remorse for their actions. Ferguson cared nothing for his breach or moral transgressions and wormed his way back into government ears after the PM has said he would never be allowed to give government advice again. Matt Hancock showed absolutely no remorse as he ran home to tell his wife as The Sun broke the story, leaving her, his wife of 15 years, and their children in the ashes of his actions. Affairs used to be enough to burn an MP’s career, but now with a serial philanderer Boris Johnson as PM, Hancock – even while being the most powerful person in Cabinet except perhaps Gove – got away rather lightly. That Johnson couldn’t bring himself to sack Hancock, likely because of his own colourful past, is symbolic of an atrocious rot in Westminster.

Hancock is a failure in every sense, but this was the case long before he entered cabinet

As I said, Ferguson weaselled his way back onto advisory committees, which may mean Hancock isn’t gone forever. But Ferguson inhabited the shadowy advisory realm, Hancock was the face of the devastating implementation of Ferguson’s and SAGE’s ideas. Being the face of this devastation, Hancock should really have fallen harder, but it is likely he’ll just swill around the backbenches until he’s forced out of politics. If he had any class or dignity, he would have made grovelling apologies, resigned from cabinet immediately, and retired from politics – not try to cling on, resign too late, and try to tell the public his affair was actually serious, not just a gross and disgusting ‘mistake’ which destroyed two families.

Cummings cannot be trusted, but deep down I admire him for his piercing hatred of the malaise in Westminster and Whitehall. But when it comes to his sudden shift from media hate boy to the golden boy, I’m made to feel sick at the current state of journalism. He claimed Hancock should have been sacked on 15-20 occasions, although I’d say this is an understatement. In the space of the last few weeks, he has sat on data to force a lockdown extension, was caught having an affair, destroyed two families, lied to the PM, and is still embroiled in sleaze allegations. He is quite the busy man it seems, except his work during the pandemic was disastrous on every level, he was embroiled in enough sleaze to smell it, and he spent more time on his ego and power than anything good.

While I’m ecstatic Hancock has finally gone, it comes too late

Hancock is a failure in every sense, but this was the case long before he entered cabinet, yet for some reason we let this man crush freedom, send infected people from hospitals to care homes because the NHS was terrified of looking like Italy causing thousands of avoidable deaths, and dictate our private lives to the letter while flaunting it himself.

While I’m ecstatic Hancock has finally gone, it comes too late for all the people his actions have killed or made suffer or lose their livelihoods. Sajid Javid, his replacement has already pivoted to focus on unlocking rather than continuing restrictions, but the scars Hancock has left will be stubborn ones. That we let such a nobody be such a destructive force on politics and society is alarming. Hancock was not just a mediocrity, he was far below that, yet was elevated to effective PM during parts of the last 16 months. He seemed to copy a bit too much from the bluster of our PM, copying his affairs and cheating too. Now he has gone there is a chance to reflect on what he has done and the lasting damage he has caused. It is a chance to escape this doomed cycle of lockdowns and micromanaging restrictions. But there are a few pertinent questions about how he went. Why was that camera there? Who place it? Who leaked it? Why was there a camera in a place where it wasn’t meant to be and facing the wrong way? It is all rather suspicious and rather dangerous for national security if ministers are being filmed in their own offices.