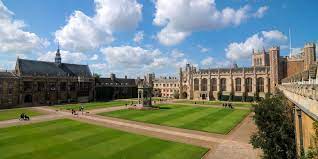 Academic freedom at British universities is threatened by a badge awarded for ‘decolonising’ their curriculums and cracking down on ‘microaggressions’, argue professors.

University professors speaking to The Telegraph have argued that the Race Equality Charter (REC), which is awarded by Advance HE and signed up to by the majority of Russell Group members including Oxford and Cambridge, threatens their academic freedom.

The REC is a bronze or silver badge awarded for initiatives including ‘decolonising the curriculum’, improving anonymous reporting systems, and providing ‘unconscious bias training’.

The advice Advance HE provides includes advice on how to stamp out “racial microaggressions” through methods such as “avoiding eye-contact” with an ethnic minority student, interrupting someone, or invading personal space.

The REC was first conceived in 2015 and has gained traction in recent years. Dr Arif Ahmed, a philosophy lecturer at Cambridge University, said the REC has created a “virtue signalling competition” between institutions.

He said that anonymous reporting tools have a “chilling effect” on free speech and that promoting the concept of microaggressions was “potentially disastrous” as he argued it means that academics and students would be “constantly checking their everyday behaviour”.

Cambridge University, earlier in the year, took down a website where students could report dons, following uproar from academics. The site for reporting “inappropriate” behaviour and “microaggressions” was removed with the vice-chancellor saying it had been published in error with the anonymous reporting tool placed under review.

One lecturer told The Telegraph “[Advance HE] is an organisation that is incentivising universities to ramp up the ideological temperature of their campus, structures, procedures, disciplines.”

“The most obvious way in which it can distort university culture is through teaching. For academics, freedom of speech must mean freedom to teach. But Advance HE is catalysing central control over content by telling us that our curriculum is too white, too male and too eurocentric.”

Another academic argued that there was a “climate of fear” where those who disagree with ‘decolonising’ the curriculum are afraid to voice their opinion due to concern over disciplinary proceedings and promotions.

Sir John Hayes, a former education minister and chair of the Common Sense Group of MPs, said Advance HE appears to promote an agenda which is “at best misleading and at worst deeply sinister”.

Alison Johns, Advance HE’s chief executive, said that racial harassment on campus is widespread and that black, Asian and minority ethnic (BAME) staff are underrepresented at the senior management level of universities.

“Recent events have highlighted the existence and abhorrence of racism in UK society – including, regrettably, in higher education,” she said.