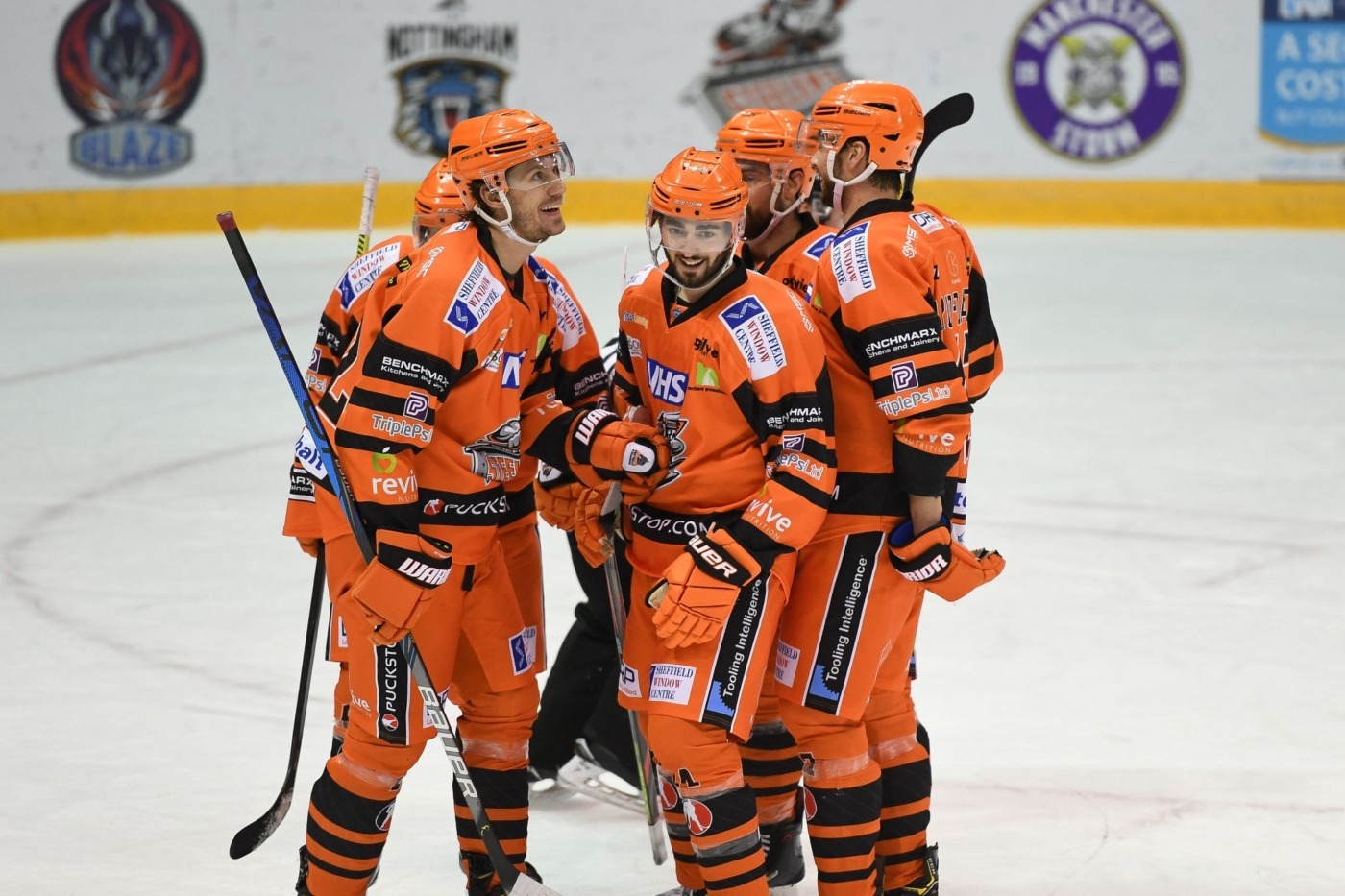 Tanner Eberle starred for the Sheffield Steelers as Aaron Fox’s side secured a dominant 7-2 victory over the Coventry Blaze. Eberle netted the first hat-trick of the Elite Series as Danny Stewart’s Blaze faded to a comprehensive defeat in the third period.

Eberle opened the scoring for the Steelers within six minutes of puck drop, giving Sheffield a deserved lead. After assisting his side’s first of the night, Robert Dowd turned scorer to give Sheffield a two-goal advantage five minutes later.

Tristan Keck cut Coventry’s deficit in half with 39 seconds remaining in the first period, combining well with Mike Hammond in the offensive zone to tap into an empty net at the backdoor.

Sheffield recovered quickly after the first interval, restabilising their two-goal two minutes into the second period. Sondre Olden scored into an open goal at the far post, applying the finishing touch to a shot by Kevin Schulze that had crept through the legs of Blaze goalie Shane Owen.

NCAA graduate Nick Jermain sparked hope of a Coventry revival on 28 minutes, firing a shot top shelf on Ben Churchfield’s short side. Hammond, the Blaze’s brightest creative spark on an otherwise dreary night, was again on hand to provide the assist for Coventry.

The Blaze’s fightback was, however, short-lived. Liam Kirk scored Sheffield’s fourth of the evening on 33 minutes, assisted by Norwegian duo Olden and Adrian Saxrud Danielsen.

In the final period, the goals flowed quickly for the ‘hosts’. Eberle scored his second of the night two minutes after the restart, assisted by in-form Czech forward Josef Milyska.

With eleven minutes remaining, Brendan Connolly and Max Krogdahl were sent to the box for five minutes for roughing. The impromptu wrestling bout, started by a cross-check by Connolly, was ended quickly, with Krogdahl flooring his orange-clad opponent.

Assisted by David Phillips, Jason Hewitt scored Sheffield’s sixth of the evening on 54 minutes. Less than a minute later, Eberle completed a memorable hat-trick with the help of Liam Kirk and Jeremy Beaudry.

Sheffield’s 7-2 victory sees them rise to the top of the Elite Series standings. The Coventry Blaze return to the ice on Friday evening against the Manchester Storm.

It was an exceptionally disappointing night for Coventry, who never truly got started.

All in all, the team stats paint an accurate image of how the game developed. Coventry’s 24 shots on goal were dwarfed by the Steelers’ 53 efforts on target. Sheffield also won the battle in the faceoff circle, winning 36 contests compared to Coventry’s 31.

Neither side was able to convert on the powerplay, with Coventry failing to find twine while attacking with a two-player advantage.

In the plainest possible terms, the Sheffield Steelers were the better team and their 7-2 victory is a fair reflection of the game.

Are there any positives to take from a Coventry Blaze perspective? Nick Jermain and Tristan Keck were bright sparks for Danny Stewart, both have dealt with the step up into the professional game relatively well.

Most importantly, Luke Ferrara is back in the country. He’ll be available for selection soon. That is your silver lining.

Third Star: Jeremy Beaudry (SHE) (2A)