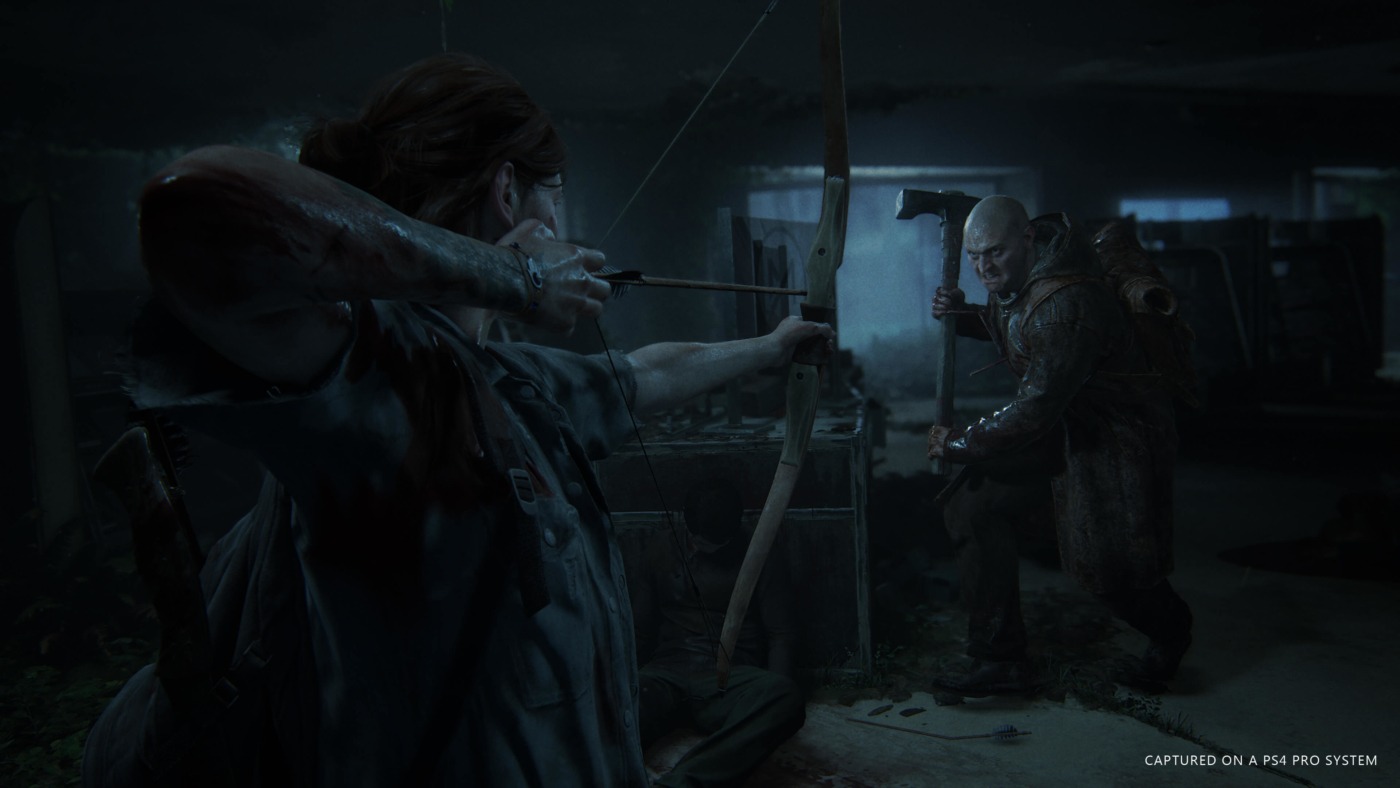 Seven years since its predecessor first launched, The Last Of Us 2 (TLOU2) released on 19 June with many – myself included – eagerly awaiting the arrival of their pre-order copies. Not wanting to be spoiled, I managed to dodge the leaks and trolls on Twitter with help from friends, desiring going into the game blind for the full experience.

Having been a long-time Naughty Dog fan, buying the PS3 for the sole purpose of playing The Last of Us, I ignored the negative reaction online to the leaks of many of the game’s elements, believing this would change when the game actually released.

I was encouraged when TLOU2 was universally praised by critics, with its Metacritic score sitting comfortably at  94. However, after playing the game for myself, I – sadly – stand corrected.

However, the game isn’t utterly irredeemable, and there are positives to the sequel.

I would congratulate Naughty Dog on the representation of genders, race and sexuality within The Last of Us 2

The most noticeable difference between the two The Last of Us games is that TLOU2 looks gorgeous graphically speaking, and areas are more expansive than they were in the first game, offering wider, denser areas for players to explore. At the start of Ellie’s arc, for example, I often found myself debating whether to go into abandoned stores over the risk of running into a Clicker and having wasted ammo just for the possibility of supplies.

AI in this game has developed massively, and it is refreshing to see a progression from the original AI in TLOU1, with smarter enemies allowing the game to be more challenging to those who have played its predecessor. Gameplay has advanced beyond the basic level of stealth in the first game, utilising all aspects of the environment: including windows, tall grass, and water to create truly tense moments of gameplay.

However, like many other aspects of The Last of Us 2, the gameplay is tainted by the countless reports that Naughty Dog employees were overworked throughout TLOU2’s development (not to mention this crunch happened for Uncharted 4 too), leading many to be concerned about Naughty Dog’s pursuit for perfection.

Another positive is the work of the actors, especially Ashley Johnson, who reprised her role as Ellie. While many games suffer from over-acting or awkward lines of dialogue, the combination of Naughty Dog’s writing and the voice acting was a perfect representation of The Last of Us as a brand and storyline overall.

The Last of Us 2 has divided fans over the past couple of weeks, and this will no doubt continue

I would also congratulate Naughty Dog on the representation of genders, race and sexuality within The Last of Us 2. Much like its predecessor, representation is a key part of the game, and Naughty Dog has made it a priority for both their characters and their own personnel.

One other aspect I respected was TLOU2’s accessibility settings, as the studio opened up all aspects of the game to customisation, making this one of the most accessible titles a AAA studio has ever released.

This is where my praise ends, for here are the negatives.

The Last of Us 2 has divided fans over the past couple of weeks, and this will no doubt continue. For me, the biggest fault of the game is within its story, as its pacing is all over the place, and I feel the characters receive very little character development. While I won’t be covering everything here are some key aspects that heavily hindered the story and meaning of TLOU2.

WARNING: SPOILERS FROM THIS POINT ONWARDS

My main gripe with The Last of Us 2 is with Abby as a protagonist.

After revisiting the marketing for TLOU2, although a trailer featuring an unnamed character (Abby) was released in October 2017, most of the marketing suggests the story of TLOU2 will follow Ellie entirely.

All the trailers, cutscenes, and gameplay shown from the reveal trailer in 2016 to E3 in 2016 focused heavily on Ellie’s struggle and desire for revenge. Many believed the primary focus of the game would follow Ellie through a vicious hunt for revenge, and although this does happen, I was not alone in being surprised to find around half of the game is instead dedicated to Abby’s conflict and her relationships with her friends.

Interestingly, games that included an alternative character as the protagonist have divided their hardcore fans upon release, including Metal Gear Solid 2 (which went on to receive a 96 Metacritic rating), and The Last of Us 2 is no different.

Although Abby’s storyline starts off well with the revelation that her father was the main Firefly surgeon killed by Joel when he saves Ellie in the original The Last of Us, the desire to make players emphasise with her backfired for me.

Although it is understandable to see her desire to take revenge against Joel for killing her father, I found myself failing to connect with the character, as I had already experienced a game-and-a-half with characters such as Joel and Ellie. Towards the end of the game, you are forced to confront and fight Ellie as Abby, but I had no empathy for Abby’s actions, and wished for Ellie to succeed.

Although this idea may work in concept, I felt it was not executed successfully and ultimately backfired, as after Abby kills Joel, many players will be unable to care for Abby, her friends or the story: the complete opposite of what happens in the first The Last of Us.

My second major issue stems from the game’s commentary on hatred. Neil Druckmann stressed heavily that the theme of TLOU was love and, although it is based on the simple premise of doing something for the greater good, TLOU explores the concept of love and its complicated impact on people.

The game demonstrated that although the emotion is seen as overly positive; it is clearly established that its impact on people is incredibly complicated, and can’t always result in positive consequences. Joel’s loss of his daughter Sarah permanently scars him and impacts his decision-making 20 years later, and Henry’s loss of his brother Sam drives him to suicide. This is further complicated with the game’s brilliant ending of Joel choosing Ellie’s life over a possible vaccine, as it is his fatherly love for her that results in his selfish choice and extreme violence at the end, with him even killing the head of the Fireflies to ensure Ellie’s safety.

In the DLC, this theme is explored even further, as it is Riley’s love and desire to see Ellie one last time that ultimately leads to her death, and Ellie being discovered as immune. In the world of TLOU, it is clearly established that we live in a world where positive emotions can have disastrous consequences that ultimately make the ending all the more morally ambiguous.

In TLOU2, we kind of get this level of commentary and examples of it, but it is limited. Obviously, the big theme is of a cycle of vengeance and violence, with the setting of Seattle (a city torn between an ongoing conflict between the Seraphites and WLFs) being the major example of this, with many characters remarking on how the conflict of the city has been continuous for many years.

The game’s primary aim is to demonstrate the continuous cycle of violence and hate, through vengeful acts after Ellie hunts down Joel’s killer Abby – and although this is achieved, the commentary on the subject to me is limited. There are moments of promise within the story, as we actively see unwilling parties being brought into conflict (such as children), but I wish it had gone further.

Much like the negative impact of love in the first game, are there any positives to hate within the game’s unbalanced world? What happens when another party intervenes in the cycle of violence? How does hate change people and is the change permanent? Although TLOU2 starts to ask some of these questions, I felt it was sadly lacking in these areas compared to its predecessor.

The desire to make players emphasise with Abby backfired for me

To me, TLOU2’s commentary, critique of hate, and the cycle of violence were honestly quite simple for a franchise known for ambiguous debate in its story. Furthermore, although we do get some commentary on the idealisation of the Fireflies (in a flashback),  and although it is hinted that like the cycle of violence, the cycle of hope is continuous, I wish the game had gone further with this.

Complementing this cycle of violence narrative is The Last of Us 2’s humanisation of enemies. Once again, although this seems like an interesting concept,  it isn’t communicated nor executed properly,  and it ultimately backfires.

My biggest problem with this is how despite some groups such as the WLFs and Seraphites (to some degree) are humanised, other groups on the outside such as the Rattlers are antagonised and presented as typical enemies.

I feel like the Naughty Dog writers were trying to execute an impossible task, as although the game heavily highlights the humanisation of enemies and the criticism of violence, there are moments when it drops this commentary and antagonises enemies.

Another effort to humanise enemies is the incorporation of dogs: and once again, I felt this mechanic backfired, as while this originally seemed an interesting concept, my sympathy towards the dogs quickly died out as I viewed them as another annoying enemy to get past. Although there are good concepts such as enemies calling out their friend’s names desperately if they don’t respond, sadly the dogs didn’t completely work for me.

Although there are other areas that should be talked about (Joel’s death, THAT ending etc), I ultimately felt that The Last of Us 2 is inevitably clouded by its superior predecessor’s complex moral questioning and debate about utilitarianism and love, its refreshing take on the zombie apocalypse, its brilliant actors partnered with its writing: all of which made it an unstoppable force that was a joy to play from start to finish.

But it is because of this success and Naughty Dog’s phenomenal track record that makes TLOU2’s story all the worse. By mis-marketing the game to longtime fans and failing to develop the game’s themes properly, partnered with its treatment of its beloved characters, this game fails to recapture what made TLOU’s story so brilliant.