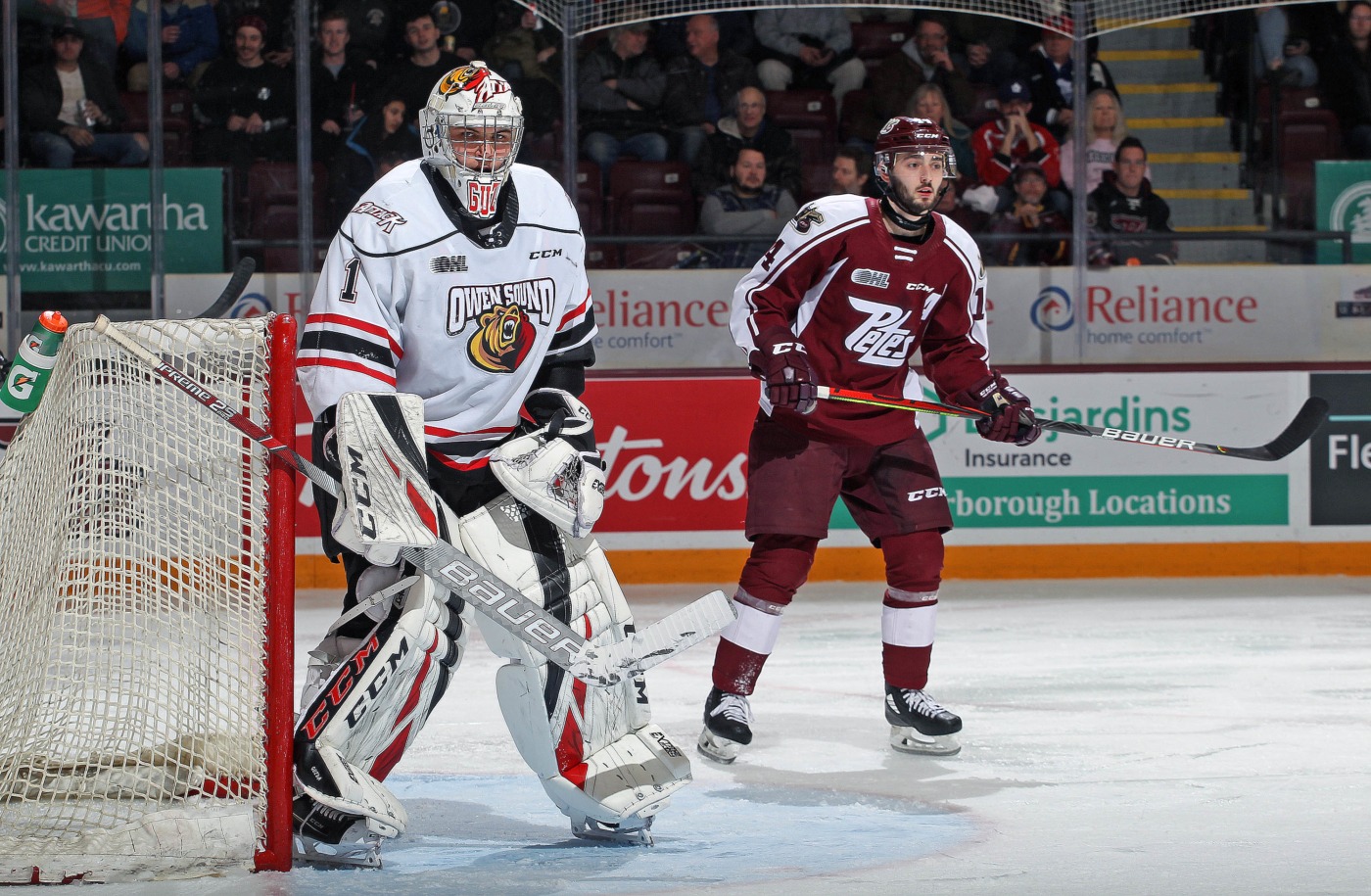 North Yorkshire isn’t famed for its production of ice hockey players, not least National Hockey League draftees. Liam Kirk – a proud Maltby native – became the first English-born and trained player to be drafted to the NHL, after he was picked in the seventh round by the Arizona Coyotes in 2018.

Kirk, now a full international for Team GB, joined The Boar to discuss his career: a journey that includes a transatlantic move, World Championship appearances and cult-hero status at his hometown club. Kirk celebrated his twentieth birthday on earlier this year; it has been quite the rise for the flagbearer of British ice hockey.

Besides from the backdrop against which his love-affair with ice hockey began, Kirk’s route into the sport was far from unconventional. Yorkshire isn’t renowned for ice hockey – nor is most of Europe – but Kirk’s journey began like most others:

“My parents were big fans of our local team, the Sheffield Steelers. They took me and my older bother [to watch games] when we were young, and my brother wanted to play. So, I basically just copied him. I always wanted to play for the Steelers, to play in front of big crowds in a huge arena.”

Jonathan – Liam’s older brother – signed for the Sheffield Rapiers in 2008, marking the start of the family’s association with the city’s ice hockey culture. Eight years later, Liam made his Elite League debut for the Steelers, aged sixteen. Although his nineteen top-flight appearances failed to yield a point contribution in his rookie year, Kirk’s impact was immediate.

By the start of his first full-season in the EIHL, Kirk was already on the NHL’s radar and was now ready to make an impact on the ice for his boyhood club.

It was just emotional and really exciting, a moment I will never forget

The 2017-18 season put the ‘Kirk’ name firmly on the map. In 52 appearances for the Steelers, Kirk scored nine and registered seven assists, taking his points tally to 16 before most of his peers had sat their A-Level exams. While success on domestic rinks demonstrated Kirk’s ability, it was his rapid ascent to the NHL Draft that underscored his potential.

“It was a bit of a whirlwind,” Kirk told The Boar as he reflected on his journey to the Draft. “I had just started my first full season with the Steelers and my coach mentioned [that] he’d spoke to someone he knew in Chicago, and just said that I might be able to go to a camp at the end of the year.

“As the season went on, scouts started to attend my games and it was just shocking to think they were in England to watch me. The season ended and I was invited to the NHL combine, where you meet with NHL teams and go through some physical testing.

“Then the Draft came and I was sat at home with my family, watching [the Draft on TV] and had a text from a friend congratulating me before I even saw it happen. It was just emotional and really exciting, a moment I will never forget.”

Kirk’s friend broke the news that the entire British ice hockey community had been waiting for: Liam had been drafted by the NHL’s Arizona Coyotes – a ground-breaking achievement for a player trained in England.

Both years have been incredible, I’ve gained so much experience

By the end of the 2017-18 season, Kirk’s stock had risen dramatically. With his NHL rights held by the Coyotes, Kirk was destined for a move to one of North America’s most prestigious developmental competitions, the Ontario Hockey League. Kirk was selected eighth-overall by Peterborough Petes in the CHL Import Draft, marking the start of a two-year spell that would see Kirk establish himself as a key player for club and country.

Kirk’s move to Peterborough, Ontario, was not simply the start of a new chapter in his career, but the beginning of a transformational period in his life. “At first it was a difficult adjustment,” Kirk admitted: “the hockey was different and being away from my family was too.”

Despite making a sluggish start to life in the OHL, Kirk’s time with the Petes has been a success: “Both years have still been incredible, I’ve gained so much hockey and life experience and have developed as a player, too.”

In his two seasons on the Petes’ roster, Kirk registered 97 points in a 110 appearences, an impressive record that likely would have been enhanced had it not been for injuries and interruptions to the sporting calander caused by the COVID-19 pandemic. The differences between the EIHL and OHL are stark: “The ice is smaller and the game is a lot faster; you have to make decisions quicker, and its more physical too.”

Adjusting to the OHL wasn’t easy, but the challenge of playing at a higher level raised Kirk’s game.

It should be no surprise that leadership forms a vital element of Kirk’s game. Frequently playing above his age during his junior career, Kirk has proven his leadership credentials in North America, both in terms of his point contributions and mentality. In his second season in the OHL, Kirk was named the Petes’ alternate captain – a role that the young British forward revelled in:

“I have always seen myself as a leader, I want to lead by example by playing my best every-night.”

Although Kirk is yet to find his scoring rhythm on the international stage, he has certainly played some of his best hockey for the British national team. Minnows of the ice hockey world, Team GB hadn’t been promoted to the top pool of the IIHF World Championships since 1993; they’d never successfully fought-off relegation from the top flight. Kirk was part of the rosters that reversed both records in 2018 and 2019.

Britain gained promotion to the top pool of the World Championships, at the expense of Hungary in 2018 – a tournament that marked Kirk’s first expedition as a senior player. The mood in the camp quickly became infectious, providing an early highlight in an already impressive career:

“It is amazing to get together with the national team,” Kirk told The Boar. “You only really get chance once or twice a year, so its fun. The group is so close and just this past two years we’ve made incredible memories that people never thought would be possible. [Team GB] is a group I want to be a part of for the rest of my career.”

The national team’s progress can be encapsulated in one moment of euphoria. After coming from behind to send the final game of the 2019 World Championships to overtime, Ben Davies sent Team GB into raptures by firing an unlikely winner beyond reach of the sprawling netminder before him.

Famously, Team GB had beaten France 4-3 to remain in the top pool of the World Championships, giving the plucky British roster another shot at competing against the sport’s titans: Canada, the USA and Russia.

“It’s incredible. [Competing at the World Championships] is very challenging but we get to see how they [high-ranking teams] train and play for a couple weeks. It’s invaluable experience. We’ve shown that we are able to compete with top nations at times, and we’ve shown how we never give up twice now, which has gave us these opportunities again and again.”

Team GB captured the hearts of hockey fans around the world in Košice last summer. With a roster comprised mainly of players from the EIHL, Team GB were fearless against the likes of Canada, and the USA. For Kirk and his national team colleagues, the future is bright.

Team GB’s second shot at top flight glory was, however, cancelled as a result of the coronavirus pandemic. In the UK, ice hockey ground to a premature halt weeks before the season was due to reach its crescendo; in Canada, Kirk’s second season in the OHL was cut short. Likewise, the World Championships – due to take place in Switzerland this summer – were cancelled entirely.

Kirk has taken a pragmatic approach to life under Canadian lockdown, recognising that “people’s health comes first” – a finding that leaves ice hockey lower down the list. Regardless, Kirk’s commitment to his trade remains steadfast:

“I’ve just been trying my best to keep in shape and be ready to train properly when we can. Shooting pucks and stickhandling, as well as doing some weight training with what we have at home. Its hard but its understandable.”

Liam Kirk’s rise to the OHL has followed a path rarely skated. In many respects, Kirk finds himself in uncharted territories, thousands of miles from the Steel City he once called home, perusing a sporting dream that few even contemplate in this country.

The risk, however, of diving whole-heatedly into the well of ambition has started to pay off. Kirk is skating in the right direction to make an impact in North America. With the puck on his stick, the Steelers alumni could yet take British ice hockey to unprecedented heights.