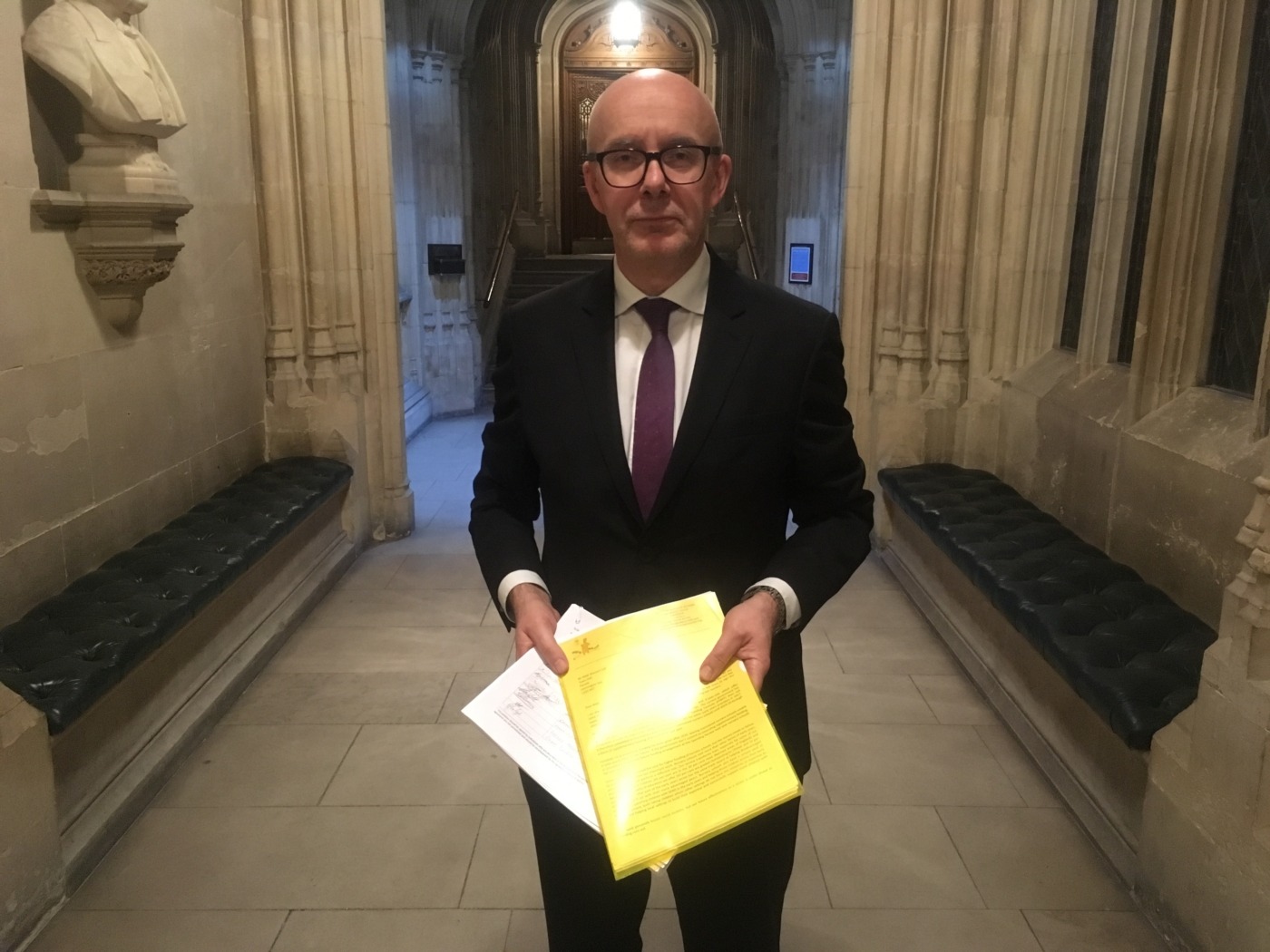 An interview with Matt Western MP about Brexit

As we began our conversation with Warwick and Leamington MP Matt Western, it became apparent he was ‘extremely worried’ about Brexit. The driving force behind this worry is the ticking clock counting down the days until 29 March 2019.

Frustration has “been building throughout December”, in part because of the postponing of the vote on the Brexit deal, which put Parliament under more pressure to reach a consensus before Article 50 runs out on 29 March.

“Being a pragmatist, we had to extend Article 50”, stated Western. “The worst thing in any negotiation is being under time pressure when you’re in a weaker position.”

The MP for Warwick and Leamington also revealed his concerns about leaving the European Union without a deal.

Western is no stranger to the automotive manufacturing industry, having worked for Peugeot for 24 years in a variety of managerial positions before becoming an MP.

He is also aware of the potential ramifications of a no-deal Brexit in the local area. The British multinational car company, Jaguar Land Rover, has its headquarters in Whitley, Coventry, and employs a significant number of people in the region.

JLR, unless bailed out by the government, would fail. So that’s the seriousness of a no deal

Speaking about the impact of a no deal on local manufacturing companies, Western had strong words:

“They would go immediately into a significant loss and JLR, unless it was bailed out by the government – would fail. So that’s the seriousness of no deal.”

Conversation turns to the recent reports of the billions of pounds spent on preparation for a no-deal, which Western described in no uncertain terms as “a complete waste of money”.

“We have so many issues in our society and we’re scraping funds together. We’ve got homeless on our streets, we’ve got a housing crisis, a mental health crisis, we’ve got universal credit which is forcing people into problems where they can’t get private rental accommodation and have to go to food banks.”

He spoke scathingly about the Prime Minister’s handling of the Brexit negotiations. Describing Theresa May as “a very autocratic individual who’s not very good at sharing”, Western criticised the lack of transparency from the government.

The MP for Warwick and Leamington also chastised Mrs May’s recent attempts to build a cross-party consensus on Brexit.

This was a bit like invading Iraq and Afghanistan, without thinking about what happens afterwards

According to Western, this deadlock in Parliament is compounded by a lack of clarity as to what kind of Brexit the public want. For him, the problem is that there are so many different versions of Brexit, that it is difficult to know what type of Brexit the public voted for. The fact that there are so many different “shades of Brexit”, from the Norway + option to a hard Brexit, merely complicates things.

This is further complicated in areas like Warwick, where 58.8% of residents voted to remain in the Referendum of June 2016.

Asked about the opinions of his constituents and the public, Matt stated it is “very difficult” to gauge opinion.

“Tellingly, in some communities, it’s getting more determinedly leave. In other communities, such as Sunderland and South Wales, it seems as though people are now more aware of the ramifications from leaving, so they’re now more pro-remain. How that translates overall I have no idea.”

To resolve this uncertainty, Western believes that Parliament has a significant role to play in deciding what Brexit the UK chooses, stating they need to “narrow down the shades of Brexit”.

The MP denied that a second referendum would be divisive, and refutes the claim that it would appear anti-democratic to say to people that they didn’t know what they were voting for the first time.

“I think it’s a really honest question to ask – because you’re actually trying to define what it was they wanted. We’re in a very different place to where we were two and a half years ago.”

He reinforced this argument by drawing a historical parallel between Brexit and the general elections of 1974, which saw a hung parliament and a Labour minority government in February 1974, followed by an election in October 1974 in which the Labour Party form a narrow majority government with 319 seats.

Writing for the Leamington Observer at the start of January 2019, Western stated that “we need a general election or second referendum to find a way through” Brexit. With a general election put to one side for now, after the failure of Labour’s motion of no confidence, Matt elaborated on his idea of a People’s Vote, and whether the option of remain should be on the ballot paper.

“It’s an idea I am toying with at the moment,” he confirmed, revealing after the interview he was going back to his desk to work more on the subject.

Western then detailed an idea for a public vote on Brexit that would be similar to the French Presidential elections, a two stage process.

“The first Sunday the vote would be between WTO (leaving on world trade terms), Norway + or is it the Prime Minister’s deal? And then say the second stage, if that’s the preferred Brexit, would be to put it up against where we are today, i.e. Remain.”

One of the main reasons behind Western’s concern is the divisions that are opening up in society over Brexit.

“I think one of the things we need to do more than anything is to reunify the country.”

The MP believes the concept of a two-stage public vote may go “some way in reconciling the different groups in public, because I think the margins of the vote in 2016 were so slim”.

There are many ways of cutting Brexit and MPs, Parliament and the Prime Minister do not know what the answer of leave meant

Asked whether he thought the vote in 2016 wasn’t enough of a message, Western responded that “it was a message” but that “there are many ways of cutting Brexit and MPs, Parliament and the Prime Minister do not know what the answer of leave meant”.

Part of the problem for him lies in the fact that no one “thought how we will follow through on the referendum”.

He even goes as far as to compare the Brexit vote to “invading Iraq and Afghanistan”, on the lines of not “thinking about what happens afterwards”.

Despite describing himself as a natural optimist, Western struggles to see any positives in leaving the EU. This belief has hardened through travels to the WTO, Geneva, Brussels, and Canada, to meet with trade lawyers and trade negotiators.

“The only upside I can see that people are saying we’ll get cheaper chicken and beef and other food products. Downside to that for me is that it would have a huge impact on our farming communities.”

Western returned to the dual themes of worry and frustration at the interview, and affirmed just how damaging he thought Brexit would be for the UK.

“We have only just begun on this Brexit thing. It will take 10 years, maybe longer to wash through. And it will be very disruptive.”