If I was to compile a retrospective list of my childhood heroes, some of my chosen idols would seem pretty bizarre to a casual observer. Among those listed would be a purple fire-breathing dragon, a hyperactive bandicoot, and a ‘yelpy’, pint-sized crocodile. Rest assured, there’d be at least one human on the list.  Well, a two-dimensional, limbless human sporting an oversized, floppy fringe.

I am, of course, referring to the titular protagonist of Ubisoft’s Rayman franchise: a series of games which has flowered from its lo-fi origins on the original PlayStation console to achieve worldwide success spanning multiplayer, handheld and mobile formats.  Although the franchise is still proving to be a critical and commercial success in its latest incarnations, it is the original, predominantly PlayStation-bound trilogy of games which perhaps remains the most rewarding and well-loved bedrock of the series. 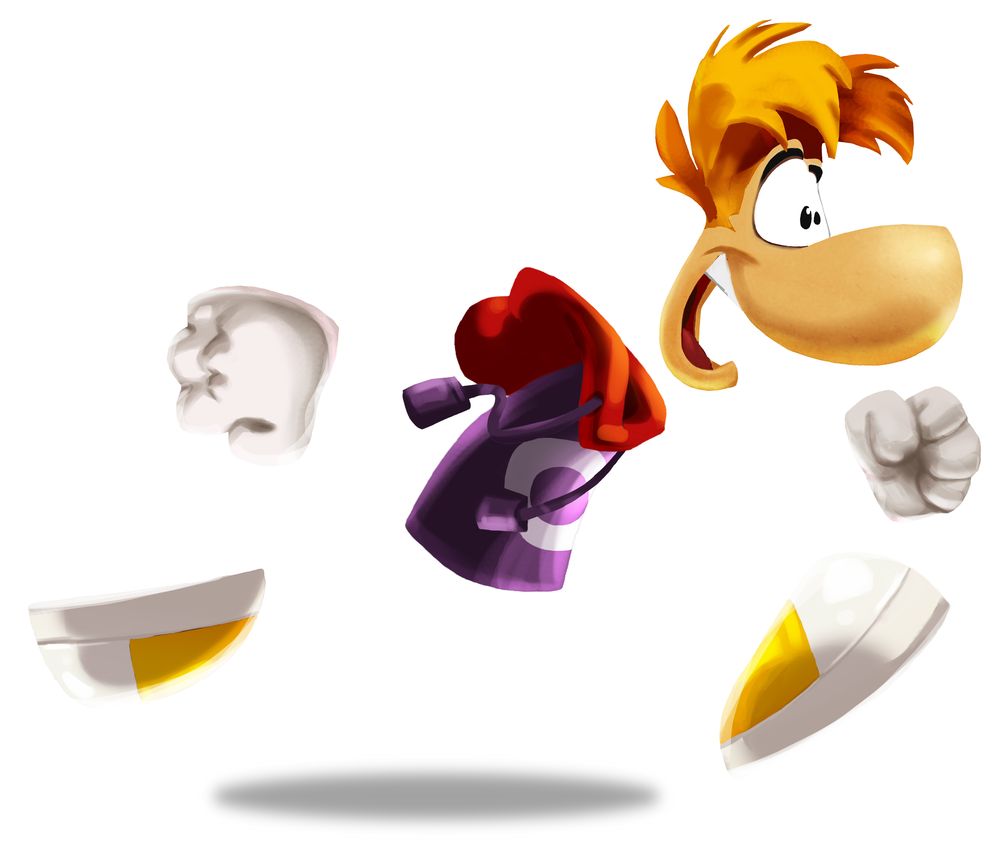 French video-game publishers and developers Ubisoft released the original console game of Rayman way back in 1995. These days, the general consensus seems to be that this first offering is little more than cartoonish, unsubstantial fluff, with most of its alleged value put down to simple nostalgia.  Nevertheless, the seeds for future greatness still show through, and in all fairness, Rayman provides a challenging experience which some games – even those on today’s market – can’t match up to.  Can anyone else sympathise with my utter dread of the helicopter interludes in Picture City?  Ugh.  So many hours gone to waste…

With its straightforward game mechanics and bright and breezy colour design, Rayman still stands as a loveable 2-D romp, fizzing with ideas and a childlike exuberance.  Rayman himself is a great avatar: a plucky, iconic everyman whose little-guy stature makes him all the more heartening to root for in the face of such perilous obstacles.  From the start, his adventures were thoroughly entertaining, if completely bonkers: at one point, the player is required to battle a huge, animated saxophone, and the main villain of the whole show is called Mr. Dark – ingenious!

The cynics and the critics would stop their tutting when 1999’s sequel provided the franchise with its great leap forward.  Ditching the 2-D shtick in favour of a more immersive, remarkably textured 3-D experience, Rayman 2: The Great Escape has stood the test of time as one of PlayStation’s defining platformers. 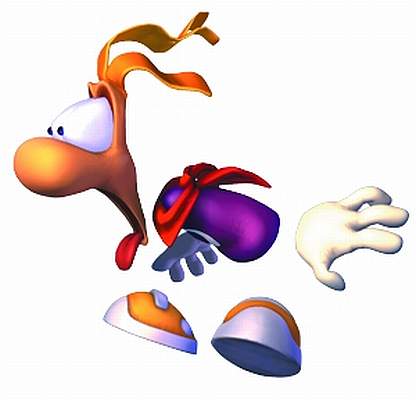 Although it still didn’t take itself completely seriously, Rayman 2 expanded the scope of the series, incorporating an eerily majestic mythology into Rayman’s universe.  This time around, there were ancient masks to be gathered, the settings became much more sprawling and grandiose, and the threat of the narrative ballooned, with vicious pirate assailants now in place to foil Rayman’s quests.

Rayman 2: The Great Escape – and its redux version, Rayman: Revolution – works not only as a game, but as a glimpse into an immaculately-constructed universe.  Every iota of the world demonstrates hugely impressive levels of craftsmanship.  The colour palette was darkened to better emphasise plays of light and dark, and the world’s canvas expanded to encompass underground lava channels, sacred water sanctuaries, and dystopian war factories. The resultant gaming experience was inspiring, haunting, and thoroughly engaging, offering delights to be unearthed even after upwards of ten completions. Rayman 3: Hoodlum Havoc capped off the trilogy with a much more pulpy flavour, injecting the series with a wry humour (and a more cynical edge) which only enriched the character dynamics and narrative process further.  Although it does lack the sweeping drama of The Great Escape, Hoodlum Havoc makes up for it with its own sense of fun and a madcap, exuberant energy.  Coloured tin cans provide Rayman with superpowers for brief lengths of time, and the introduction of a scoring system adds an arcade flourish to the game, alongside its more traditional platform structure.

A plucky, iconic everyman whose little-guy stature makes him all the more heartening to root for 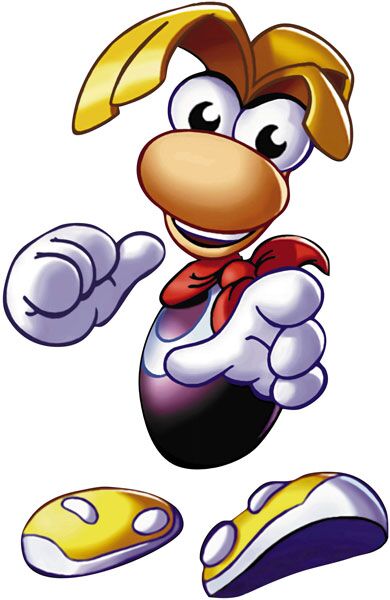 The trilogy might not sound that cohesive when the games are described in turn like this, and that’s because in truth, there’s nothing which really binds them together, aside from a handful of recurring characters. However, the fact that the series managed to grow and develop in such striking and entertaining ways with each new release is testament to the creative strengths of the Ubisoft team.  Also, to indulge my musical passions somewhat, the franchise has an incredible score. The soundtracks – which can be found on YouTube – serve as pure aural balms of nostalgia.  From the funky groove of the Blue Mountains score in the original to the insane disco-jams of Hoodlum Havoc, the music in the Rayman series has always been the perfect trigger for fondly recalling childhood memories.

Of course, this is only scratching the surface of the Rayman legacy. I can’t even begin to delve into the amount of other editions and markets Ubisoft attempted to corner: multiplayer spin-offs, learning games, the, um, Raving Rabbids…  But the crux of the franchise – for me, at least – will always revolve around the original trilogy: three golden games and plenty of memories. Screw the “rabbids” and their ilk: back in its heyday, the Rayman games were more than mere gimmicks. They were challenging, beautifully constructed, and downright awesome. Not bad for a series whose hero who can’t wear a watch.